around the world in four hours

I love living in DC. Apparently, this is an annual event: you go from embassy to embassy, listening to music, checkin’ out art, eating native foods. So fun!

First stop (and what ended up being my favorite) was Belgium. I mean, hello, it ended with a beer tasting: 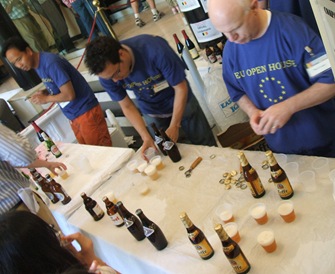 They also had waffles! The best waffles I have ever tasted, despite the fact they were prepackaged (why is packaged food so much better in other countries?!).

I was thinking that I’d get a picture of it when I took most of it home… and then I was waiting in line later in the day and apparently finished the entire thing. Funny. It was superb. There were big crystally chunks of sugar in it. Bliss. 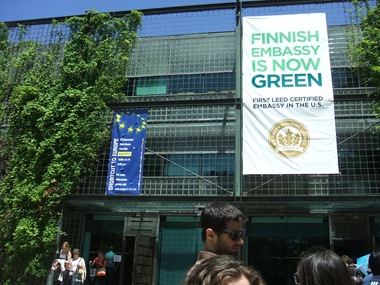 Finland’s ultramodern embassy, the first LEED certified “Green” embassy in the US. The inside was beautiful, and after a longgggggg wait (all the waits were long) we got some yummy food! 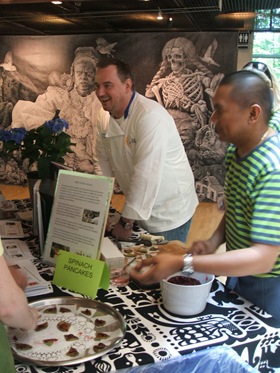 Those chefs were passing out spinach pancakes, as well as mini-cookbooks, which were beautiful but included some ingredients I tend to not have on hand… such as reindeer.

Plus, after anoooooother line, a buffet: 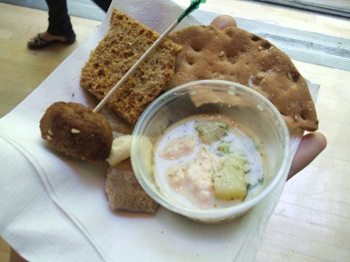 Fish stew, a meatball, some of the best rye bread ever.

And a cake with berry topping and delicious licorice! No idea licorice was Finnish!

Then we went to Italy (more long line, this time in the sun) and they were charging for food and it was laaaaaaaaaaame. But I did stop to admire their “garden” 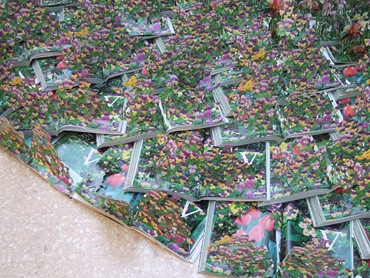 Then we hit up my people, the Greeks.

After another loooooooong line, there was NO FOOD. WHAT?! It was later in the day so I’ll be charitable and assume they ran out. But if any of my Greek relatives had been planning it, you KNOW we wouldn’t have.

I did watch some dancing.

Then we were hot and tired and heading back and apparently there was a randomly scheduled event at the Muslim Cultural Center at the exact same time! It was beauuuuuuuutiful in there. 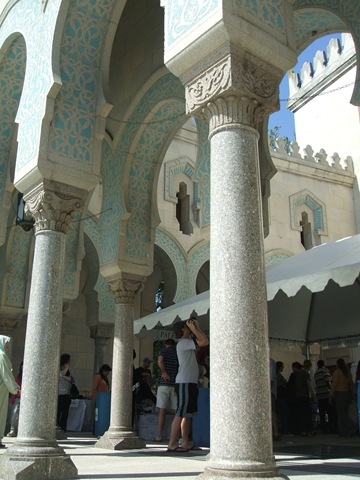 And the food, though not free, was fab (and still quite cheap).

My stomach was just confused, and I felt like I’d been eating all day (despite not eating much), so my mama ate most of it and I just had nibbles. 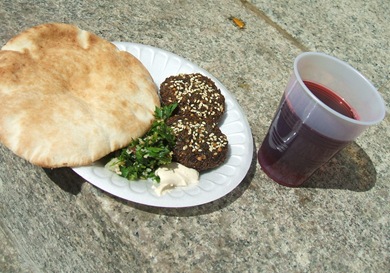 And bread with sesame-tomato topping (YUM!) 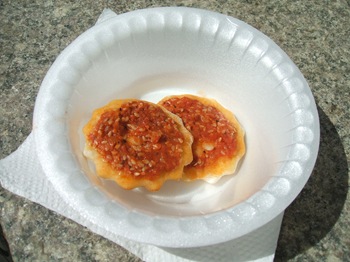 Then we really were going back to the car, but at just four o’clock (when the event ended) the previously ultralong line for Great Britain had disappeared, and they had a band rockin’ out to the Rolling Stones. So we watched them and enjoyed the complimentary Scotch (!) 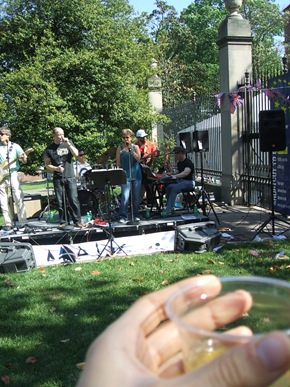 I didn’t drink most of it (and really drank more than I should have, but was just THIRSTY. But alcohol does not quench thirst, a lesson I’ve learned one time too many) but I was surprised to learn that I do in fact enjoy whiskey when it is quality Scotch and not Canadian Mist.

After a day filled with simple sugars, I was as I (and many of my family members) get on those occasions- simultaneously jittery and crabby. Some wholesome plants were in order for dinner. 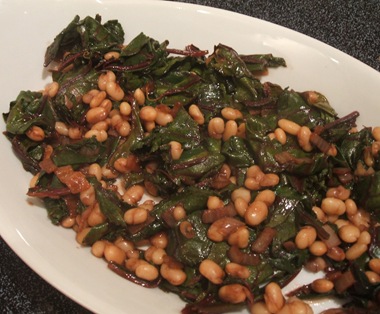 SO yummy. I sautéed some chopped onion in olive oil on medium, then threw in beet greens (still wet from cleaning them) and a bunch of balsamic, then cranked the heat up to high til the greens wilted and the balsamic got syrupy and awesome, throwing in some canned white beans for the last little bit of cooking. GREAT combo. 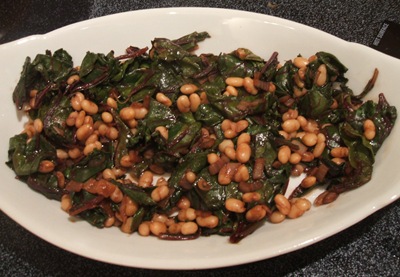 The beet greens, of course, came with: 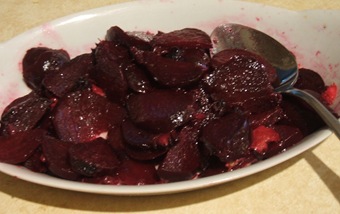 Wonderful wonderful beets! My sister had plans elsewhere for dinner, so I was free to make them. She can’t do beets due to a traumatic childhood vomiting experience (I, uh, had to take several years off after VIEWING said childhood experience).

I roasted these guys at 350 for 50-70 minutes (depending on the size), throwing in some whole cloves of garlic for the last 20 minutes or so. 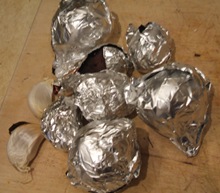 Then I let them cool and peeled and sliced them and tossed them with olive oil and red wine vinegar (2:1 ratio) and the wonderful roasted garlic. Love love love beets.

Finally, my pathetic attempt to recreate our yummy snack from earlier: 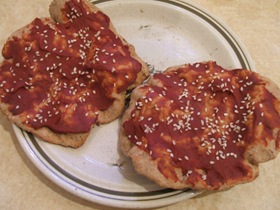 My last pitas with tomato paste and sesame seeds. Did not taste the same. Did taste good.

This looks like such a fun day! Gotta love free food and drink :) I'm a definite beer girl, so that framboise sounds absolutely amazing. Hope you have a great Sunday!

This looks like so much fun! I used to date the FOB-iest Finnish boy ever and he'd always bring back lots of licorice; it is sort of a strange thing for a country to be known for. His mom's cooking was always pretty good too. Lots of nice things that were probably cow organs but I'm down with it.

Oh what a fun event. How cool. Sounds like a great day.