The sister has a certain amount of derision for what she calls my “health food obsession” (me? Really?). I thought I’d share her post-dinner snack. Here she is posing with what she “cooked” (her words). 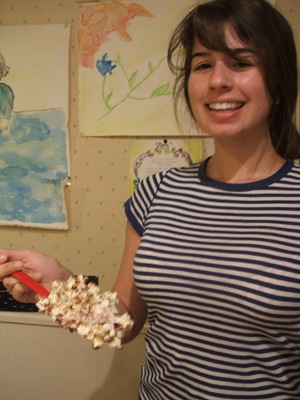 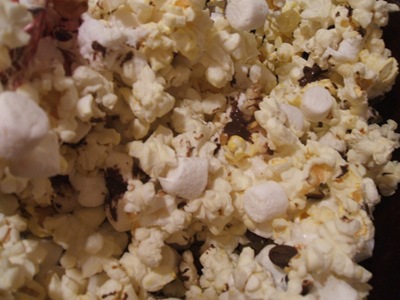 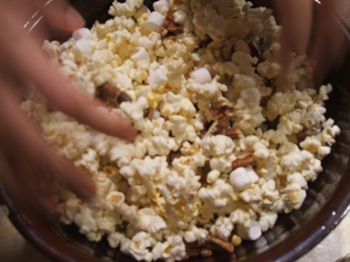 Step four: Eat. A lot. Dear God, this was tasty: 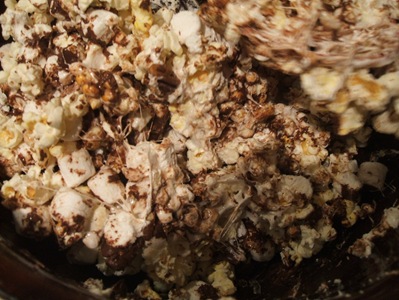 Not gonna lie, I had a few handfuls! That blur in the corner of the picture  is my sister’s spoon ascending out of the bowl. It’s a little trippy looking, I know, but I kind of like it.

Going back to the earlier, more healthful part of the day:

We have VERY ripe bananas. This means BREAKFAST HEAVEN! I already had breakfast heaven yesterday with my banana stovetop oats.

This morning, breakfast heaven was actually Sunday Brunch, my favorite meal, and took the form of banana buckwheat pancakes. 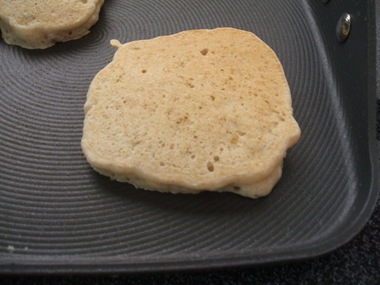 Simply buckwheat pancake mix, made with water as per instructions, with mashed banana thrown in. The banana made these warm melty chunks in the pancakes- they were soooooooo sweet and delicious! 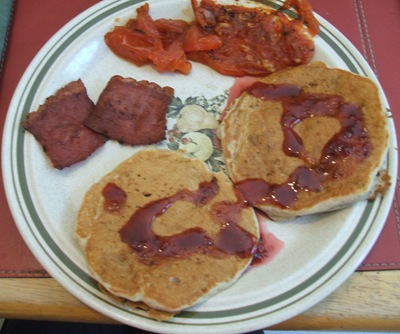 I also had some GRILLED TOMATO! This was an inspired touch…  I was waiting for the bacon to finish and threw some tomato slices on the griddle. They were GREAT! We used to have them with our breakfast when we went to Paris, and I forgot how great grilled tomatoes taste, especially with breakfast! Expect more of these bad boys. 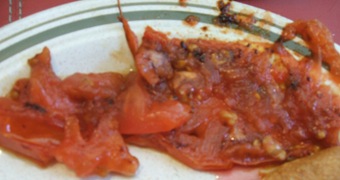 I decided two pancakes was not enough. I went ahead and had another. 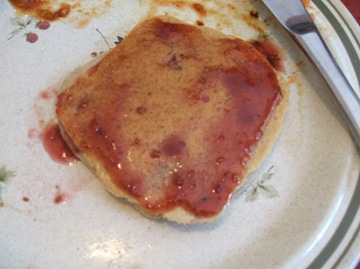 My topping today was homemade raspberry syrup, made by diluting a little bit of raspberry preserves with water, then zapping it in the micro. YUM! Don’t zap for too long, though, or it melts TOO much and kind of liquifies and has to cool in the fridge.

Dinner was also inspired. We had chicken breasts, and I wanted to use up some canned tomatoes, so I made seriously ghetto tomato sauce: 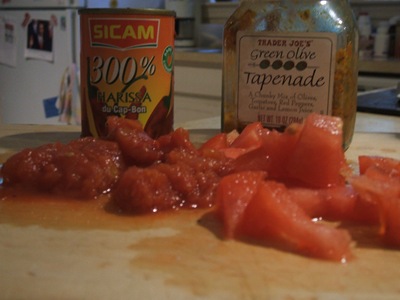 Those are canned and ripe (we didn’t have quite enough canned) tomatoes. I sauteed the ripe tomato in a little olive oil, then added canned tomatoes and juice and cooked it down, then stirred in some tapenade (about 1 tbsp) and harissa (which is Middle Eastern chili paste and DELICIOUS! about a tsp of that) 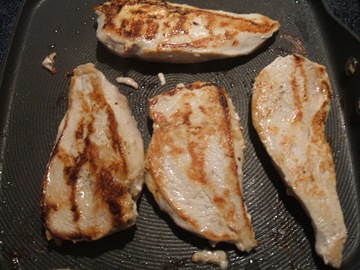 Once they had a nice sear on them but weren’t quite finished cooking, I poured more canned tomato liquid into my sauce pan and nestled in the chicken to finish cooking and soak up tomato flavah. 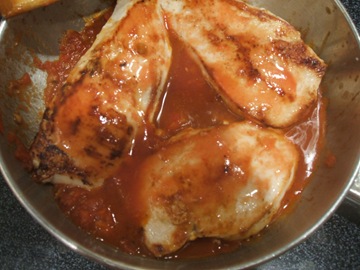 Here is the final plate: 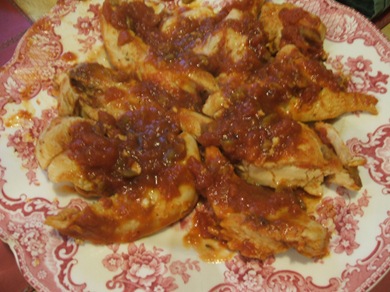 For sides we had the last of the peas tossed with more of my uncle’s heavenly home grown green beans: 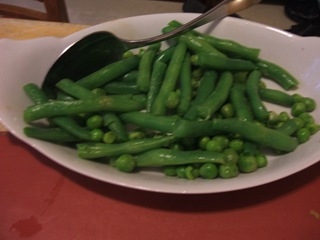 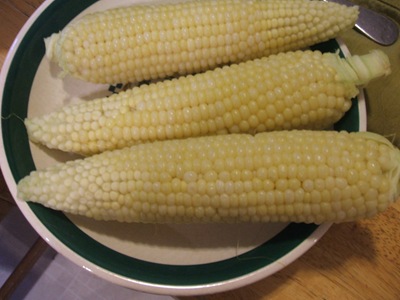 My sister also donated her leftover potatoes to the cause. She and her fella went out to dinner last night and she got these crazy delicious parmesan potato things. They tasted like they involved a LOT of butter, cream cheese, parmesan… goodness! They were SO RICH! I had like two bites and was satisfied. I should note that it was a small portion- look at the cereal spoon dunked into it for scale. 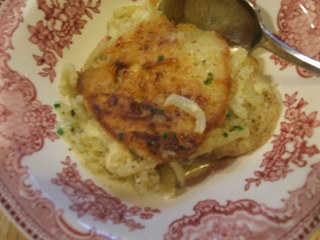 And here’s my plate o’ goodness: 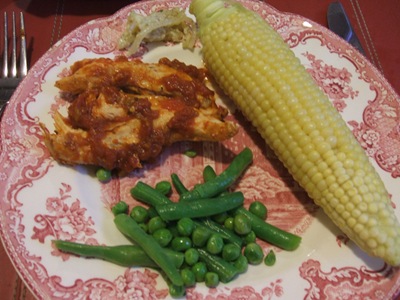