It is all kinds of rainy and gross here in Boston. I never minded rain before college, but now being in Boston, and the combination of

1. having to walk everywhere and

2. all the freaking wind

Lunch I thawed some of the black bean soup I made last week. I’m telling you, making a big batch of soup is what it’s all about! 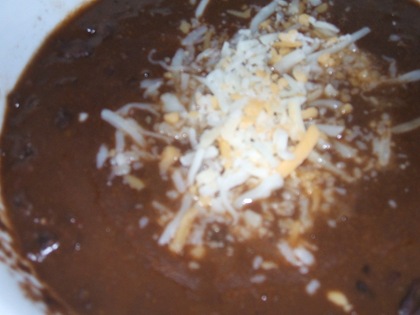 Topped with 2 tbsp of my low-fat Mexican shredded cheese blend. That was the best purchase ever! 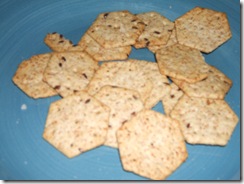 And for dipping and some lovely saltiness, Trader Joe’s whole wheat and flaxseed crackers.

I also had half an apple. The other half I packed for a snack, along with some almonds 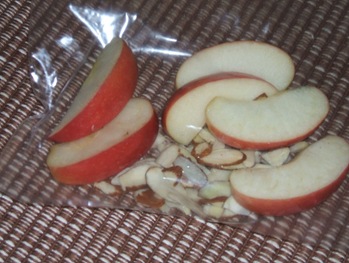 I ended up eating this on the T (subway, for the non-Bostonians), because I left work early because I have another phone job interview! In 8 minutes! Tense, tense. 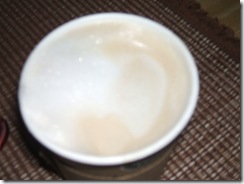 I grabbed a cappuccino on my way home to ease the gloom. I was SO MAD; when the T got to my stop, the driver didn’t open the back doors! And there were too many people to squeeze to the front door in time! So I had to walk an extra block and a half in the rain! (I mean, admittedly, it’s ridiculous that the T even places stops a block and a half apart, but STILL, it’s the PRINCIPLE!).

I love cappuccinos so hard. The foam, oh the foam. Apparently in France it’s the height of poor taste to have any beverage with milk in the afternoon, but whatever.

Oh god, but do you know what improves a gloomy day? A FAGE GIVEAWAY! Over at the hungry yogini
Posted by Lele at 4:55 PM