Tonight we went out for sushi for my sister’s last day at home. She goes to Tulane tomorrow! I will be an only child for a week! Woah! Anyway, sushi was divine but pictures… dark. Blurred. Indistinct.

So… going back to last night. Miracle of miracles! We used up the eggplant!

I wanted something to do that wasn’t grilled, stuffed or curried (done, done and done) when suddenly I remembered the beauty of the TAGINE. Moroccan food is delish and I should make it more than I do cause whenever I eat it I go “Oh yeah, Moroccan is delish!” So I tracked down this recipe on Recipezaar and it was FAB! 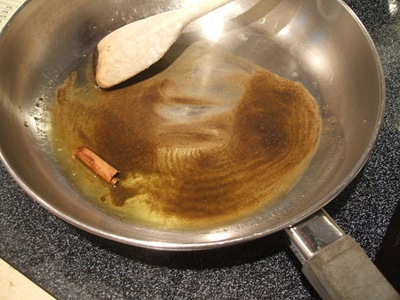 You start by sauteeing the aromatics (cinnamon stick and what should’ve been cardamom SEEDS, but I only had ground) 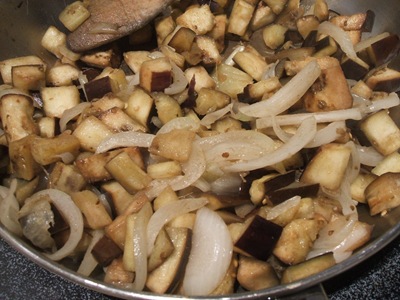 Then you add onions and eggplant and cook until golden… 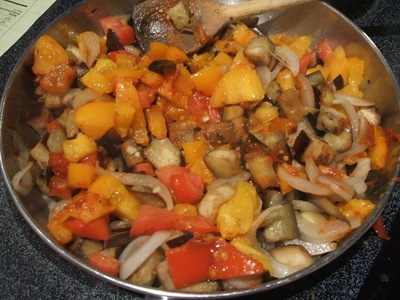 At which point you add tomatoes, HARISSA (my current favorite spice blend), garlic, and veggie stock and allow it to cook down, adding honey at the last minute, and it becomes… 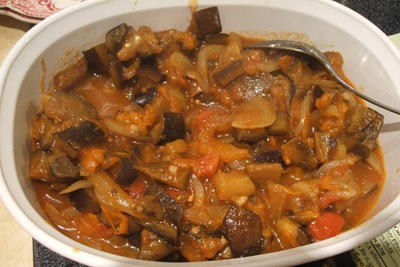 This. How I wish I had a tagine (cooking pot- in Morocco, tagine is the name of the stew-type dish and the name of the pot it’s cooked in which has this awesome dome over it) to display it in. 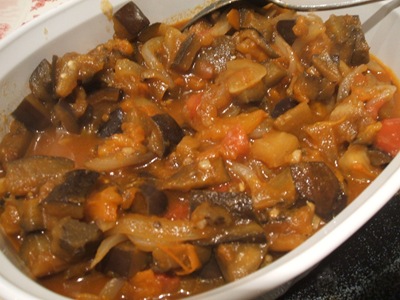 This recipe was legit, because I inhaled it even though I’ve had ridiculous quantities of eggplant lately. The eggplant was perfectly tender, the onions were CRAZY DELICIOUS and caramelized and I generally dice rather than slice my onions, but this recipe called for sliced and I tooooooootally get why.

And. oh my. The sauce. We served this with pita bread (I wish I’d had the foresight to buy couscous, cause that’s the traditional accompaniment and would’ve been excellent with this, but it was a spur of the moment recipe) and we kept soaking up the sauce. I actually licked off the serving spoon, cause I didn’t want to waste a drop of it. Not oily (it’s mostly broth and tomato juice! Healthy!) and a wonderful mixture of spicy (harissa!) sweet (honey!) and with wonderful intriguing notes from the cinnamon and cardamom. A lovely weekday surprise!

What a wonderful eggplant dish! The tagine looks awesome... I love it when I don't plan much, find a good recipe, and the meal turns out wonderful! :)

Thanks for stopping by my blog :)

I really want a tagine too!! Holler! That dish looks incredible - love meals like that. Sad about the sushi photos - I hate when that happens!
Happy Friday!