It’s been eons (for me) since I last posted- an entire two days!- but I’m inclined to believe I was correct as

1. You’ve already seen plenty of PB+B oats, GoLean Crunch (which, incidentally, I had a coupon for and tried for the first time and totally tastes like Sugar Smacks! Score!), and cappuccinos in the rest of the blog world.

2. I had an AWESOME dinner of mussels in white wine broth and bruschetta for ridiculously cheap last night because- bargain alert!- McCormick and Schmick’s has crazy cheap appetizers at the bar after 9- but as we all know I am rubbish at taking pictures in dimly lit restaurants.

Anywho, I now feel I have enough non-dark, non-boring photos for a post!

Combos refers not to those nacho-flavored, terribly-artificial yet frighteningly-addictive snack foods, but rather various combinations I’ve been eating lately. 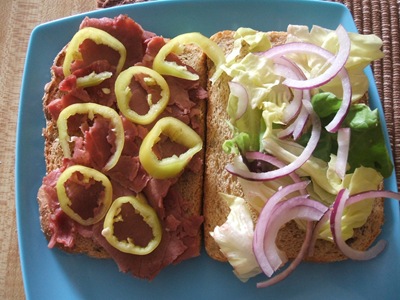 And the combo was made all the better by the accompaniment: 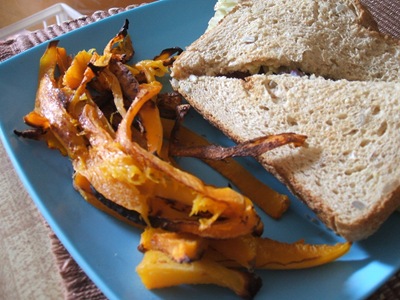 Told you I lived on these during the winter!

Continuing on a sandwich-y note: 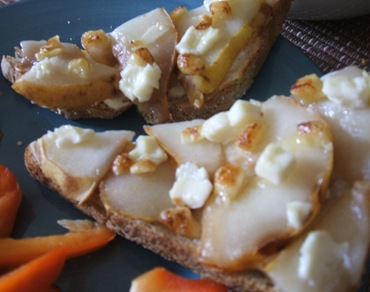 Oh em gee. Yesterday’s lunch featured an open-faced sandwich of pear, Laughing Cow, and a touch of leftover Gruyere from the reception the other night. No words.

Also, I’ve been having a love affair with Trader Joe’s pesto chicken (which my vegetarian friend purchased for her carnivorous boyfriend when he was in town, and when he left without eating it was nice enough to bequeath on me). It is awesomely awesome. 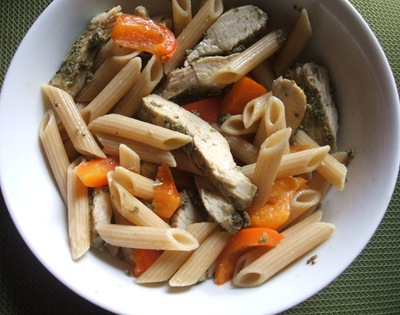 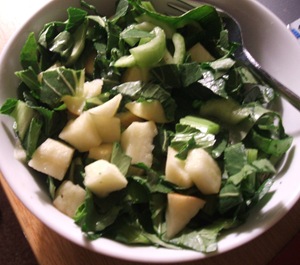 I haven't had corned beef in ages and your sandwich certainly makes me wanna run out and get some.
And then the 2nd sandwich OMG indeed.

I am totally corned beef too! This is ridiculous lol.

i haven't had an open face sandwich in a while - thanks for the inspiration to get in the kitchen and whip something up!

Lele, all of this food you display here are making me hungry. Love those pok choy and apple together. A healthy combo.