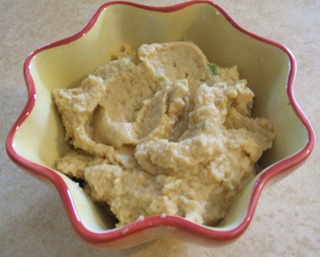 I have a go-to hummus I make a lot (it’s on my Favorite Recipes page- I am going to stop linking to individual recipes and make you do the work!) but I decided to mix it up today. Due a fair amount to the tapenade I’ve had in my fridge for forever.

Given a simple whirr in the food processor. Lovely! Nice tang!

And with hummus, obvi, one needs bread. 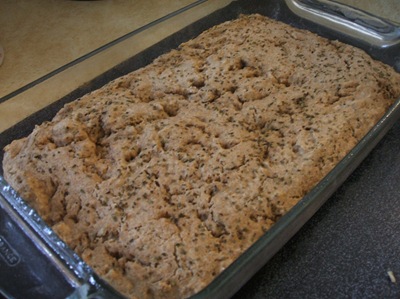 Still making Astra’s whole wheat yeastless focaccia (also at Favorite Recipes if you want it!) and I’ve started making it in a 8 by 12 pan instead of an 8 by 8. My rationale: my favorite part of focaccia is the top- all herby and oily and a bit crunchy. Drool. This maximizes that area! 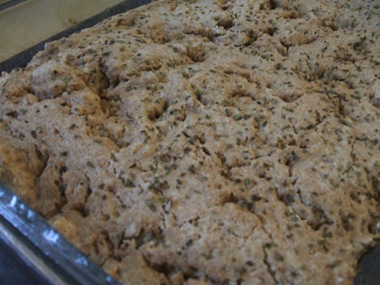 Then I made my old friend, the hummus tasting plate. 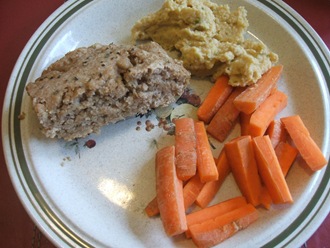 Plus a Yopes for calcium. 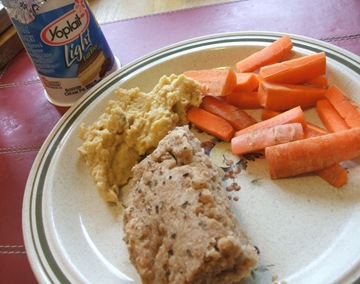 Hahahaha I found this way more funny than it actually was- my mom, seeing my carrots, decided she wanted some too, but her chopping method was a bit more carefree: 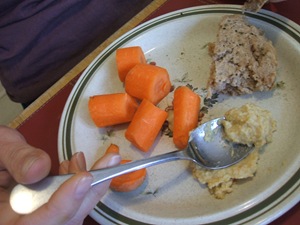 She’s got the week off so we can COOK OUR BRAINS OUT for the “small family gathering” (which has now hit 31 people) we’re having for Easter. Usually there’s “Greek Easter” (we’re on a different calendar than the Western churches, so our Easter is often later than theirs) but this year it’s the same.

So between the tapenade and then, for good measure, some more garlic, in the hummus, I decided what would be great would be a MINT! 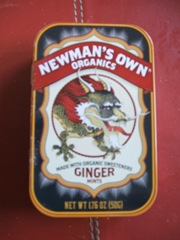 More from my pals at Newman’s Own Organics. Another awesome cover. I love dragons! I was born in the year of the dragon! Inside: 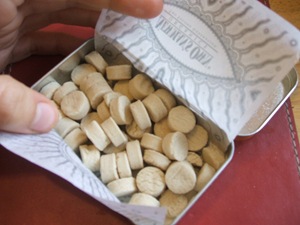 These are WAY kickier than the cinnamon ones! Ginger mouth explosion. Vair delicious if you love ginger (which I most certainly do).

For a past Christmas turkey dinner, we’d been worried about adapting a delicious Cooking Light Recipe (apple cider brined turkey! It’s fab! Found here!) and the USDA turkey advisory hotline gave us advice that, we felt, would’ve resulted in turkey with all the moisture of charcoal (oh, government). So we called the Cooking Light Test Kitchen and they were hugely helpful and we ended up with an awesome turkey.

This time around, I had a query about the delightful sounding lamb recipe I'm planning for Easter. The phone number is hard to turn up now, but I found an email at the website, and received this helpful message in less than 24 hours! 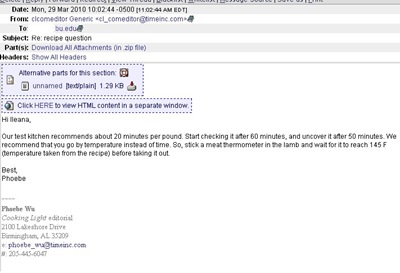 They are champs. That went to cl_comeditor@timeinc.com, so if anyone else needs any help with CL recipes, maybe they can help you too!

I love garlic, so I ALWAYS keep some sort of breath freshener with me! haha

I love homemade hummus.. I think it is actually better than most store bought brands. Seriously! Sounds great girl!

I'm so happy you're enjoying the focaccia!! :-) Hooray!! You made my day with your suggestion of baking it in a larger pan for more focaccia top deliciousness - awesome idea!! :-)

I can't wait to hear all about your Easter cooking! :-)

Wow, you are quite talented! I've bever made my own bread before...very impressed!!