Tonight involved rainy weather and two sore throats courtesy of the onset of allergy season and a weekend with 4 and a half hours worth of singing (Lazarus Saturday, Palm Sunday, and big choir practice for Holy Week. Eesh!) 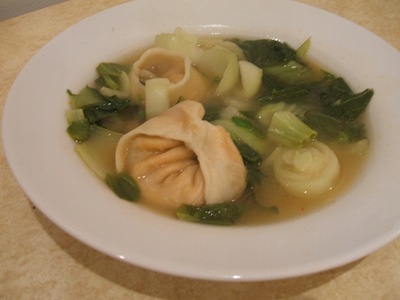 I winged it and it was ready in legit 15 minutes.

Step 1: tasty base. Veggie broth (last of it), water, and some dried shiitakes: 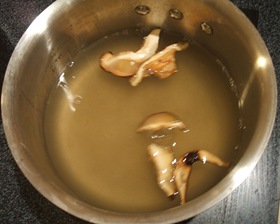 I love dried shiitakes. They’re cheap and you have them whenever you want them and don’t have to worry about them going bad.

Brought to a boil, then in went the green vegetable: 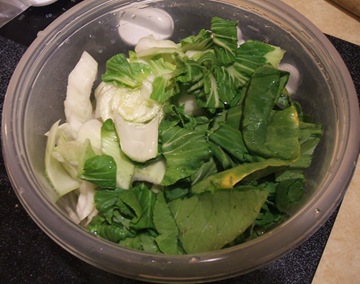 Bok choy! Which I finally managed to get clean enough (it is a PAIN to clean baby bok choy! I finally just chopped then cleaned which is more labor intensive but worth it). 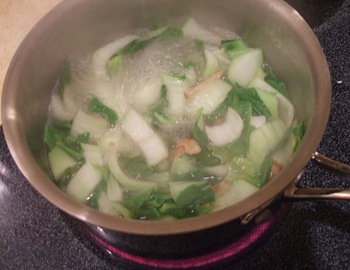 It cooked for probably 3 minutes. Then: 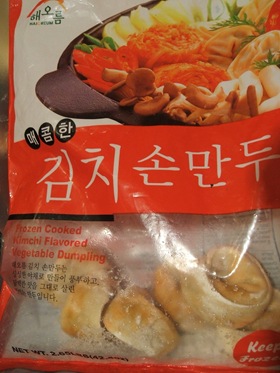 Dumplins! I only get ‘em at HMart now. These are Kimchi dumplings and are awwwwwesome- huge, flavorful, spicy. Cooked them another 3 minutes (just a simmer, trying not to break them although these guys are pretty hardy) 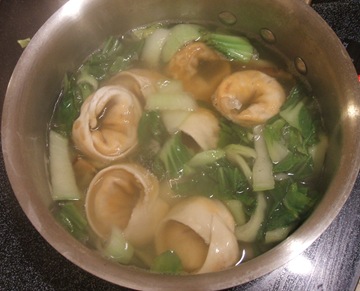 Okay so in a complex soup, you want the five flavors: sweet, sour, salty, hot, umami. We had umami with the shrooms, hot and sour with the kimchi in the dumplings- but how to get sweet and salty? 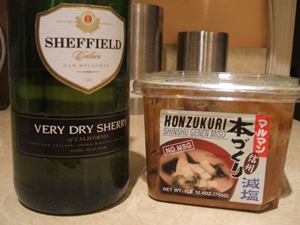 I took a hint from my favorite squash soup (in Favorite Recipes) and added miso and sherry, which I mixed with some hot broth to thin out the miso.

Finished off with a green onion and a splash of Sriracha. 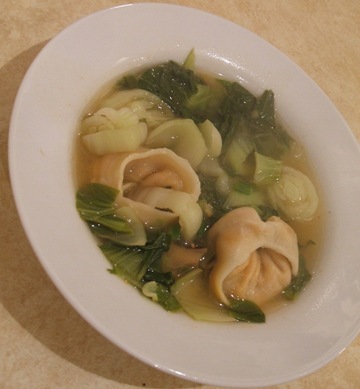 I am COUNTING DOWN the days til I can have pho again, but this was a great comforting soup with some complex Asian flavors and it made everyone’s throat happy!

Eating with chopsticks also makes me happy. And the fact that we repaired the light over the kitchen table so I can actually get an occasional decent nighttime shot where I actually eat, instead of staged counter shots. 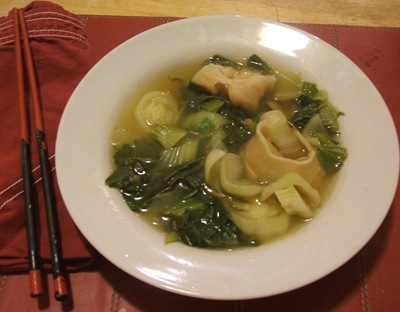 An inside look at the dumplings: 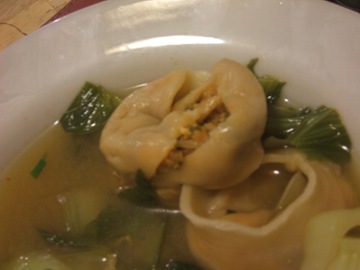 So yummy! They have spicy kimchi (Korean pickled cabbage, for those not in the know), rice noodles, a bit of tofu- they have heft and super complex flavor. And they kind of leaked out into the broth when you broke into them. YUM!

HMart dumplings are the best. I was so stoked that Katie made her first HMart pilgrimmage! Let’s keep spreading the delicious Asian love!

Worth noting if you don’t do gluten: our choir director’s wife and my fellow soprano has Celiac disease, so I tried making my Oatmeal date nut cookies gluten free with some Bob’s Red Mill gluten free baking mix- worked like a dream! I added a bit of extra flour but the 9 or so people who were at the lunch ate THREE DOZEN.

Then I went to a birthday party for a two year old :D There was Dora the Explorer chocolate cake! 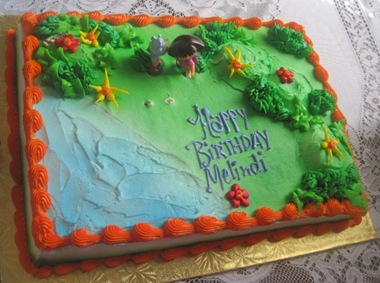 And following an INSANE Palm Sunday (it really depresses me how many people go to church like three times a year- Christmas, Easter, and I guess Palm Sunday too) I came home to a lurvely brunch: 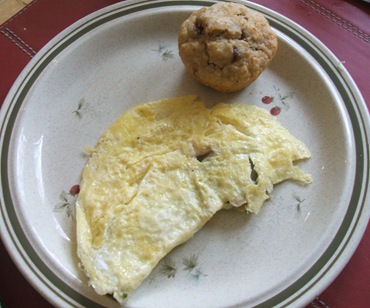 My Mama made awesome omelets! Way prettier than mine. 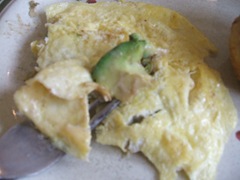 We had leftover ‘cado from a salad last night and used that for the filling- it had a little vinaigrette still on it and actually it gave the omelets a fantastic je ne sais quoi.

Along with yogurt, a date-nut muffin (just made a new batch! Still lovin’!) and Nectar of the Gods (coffee) 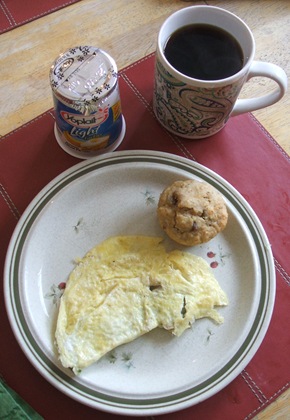 Yum!! When I saw 15 minutes I was like what??! I've got to find some of those dumplings! That cake is SO cute!

Oh man! Send some of that soup my way! I'm gonna have to try that soon!
And my mouth is watering over the thought of avocado omelette's!
Hope you had a fantastic weekend!

That soup is so pretty looking!

Hello dora the explorer cake.. the frosting on that has me drooling. I could forgo the cake all together. I am in love with frosting especially the frosting that comes on bakery cakes.. oh my!

I love Asian soups (and kimchi!). Pho, tom yum, wonton anything, egg drop--speaking of which, I am excited for Greek Easter and that lemon-egg soup thing my stepdad's family makes. It's raining here so I suppose soup is on the brain.

I love pho! I had some just a week ago but I'm already craving it again!!

Great looking soup. I love kids parties because you can see how excited new parents are for their kids and the milestones they have reached.

This soup sounds awesome - the perfect thing to fix a sore throat, or anything else ; )

i love dumplings. i usually make a big batch from scratch and then freeze left overs. just as good as the store bought ones.

you know ive never been a fan of kimchi. something about fermented sutff just doesnt jive well with me. lol.

That soup looks like a perfect thing to soothe a sore throat!!