For father’s day, I made my dad a batch of these bad boys: 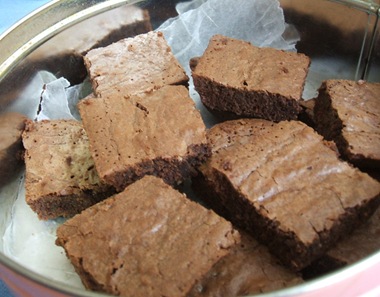 These really are extraordinarily good. They were born of a desire to get rid of chocolate truffles, which I get as gifts a fair amount. The chocolate in them is high quality but the texture just doesn’t do it for me. So I melt ‘em! When life gives you chocolate truffles, make brownies :D

They are, as all my best, linked for your convenience in Favorite Recipes. 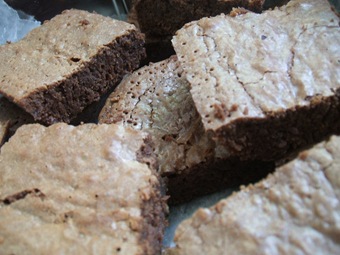 On the topic of recipes: my aunt has already made one fabulous family cookbook (which I wrote about, and linked to a recipe, here) but she wants to compile another, and is asking for contributions.

Have you ever made any of my recipes? Are there any that stick out? What would you like to see in a cookbook?

I love those brownies, but chocolate truffles are kind of an odd ingredient. I make a lot of yummy muffins, but they may be too healthy… my whole family doesn’t eat hippie food :D

This weekend also featured one of my favorite traditions of summer: the first gazpacho of the season!

I tend to throw things together, but here is my rough methodology: 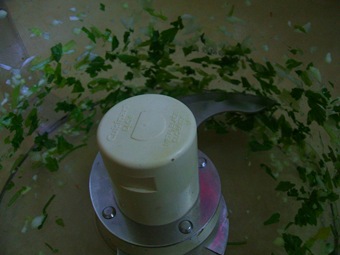 Mince garlic, onion, and fresh herbs by tossing them down the chute of your food processor (I used 1 green onion, bunch of parsley, bit of mint, a clove of garlic) 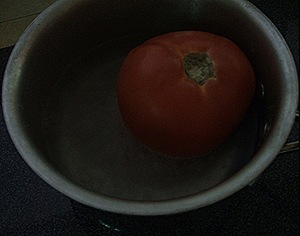 Put into boiling water (either submerge the whole thing in water or, if it’s big and you don’t want to waste water, do one side at a time and flip it) for 20 seconds. Let cool, and peel comes off effortlessly.

Then prep your cucumbers (peel and remove seeds if they aren’t English, then sprinkle with salt and allow to drain so they’re not too watery) and your peppers (broil until charred, let cool, and peel off skins) 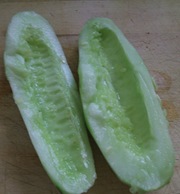 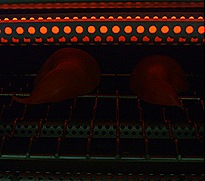 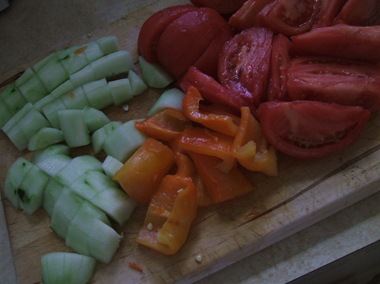 Then puree with your additions of choice.

This particular round I did chickpeas (inspired by Kath's recipe) to amp up the protein a bit, as well as some lime juice and balsamic for zing and sweetness and some (yes, I’m a cheater) V8 to blend everything together a bit more cohesively. 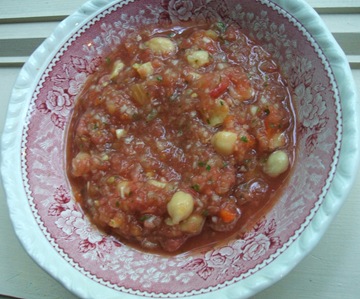 Tonight’s dinner, another event in my ongoing love affair with my food processor this week, was a recipe I’ve had my eye on for awhile, mushroom pecan burgers. Like, sup?!

On the difficulty of patty cohesion scale, this is somewhere above the cod disaster but below the carrot miracle. It was solid enough to flip, but crumbly enough that I wanted to ensure I photographed the first successful flip lest the others be failure. 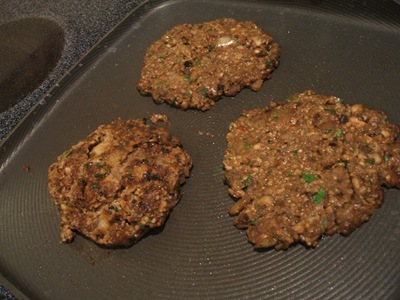 As a side dish, I went simple but oh so tasty: 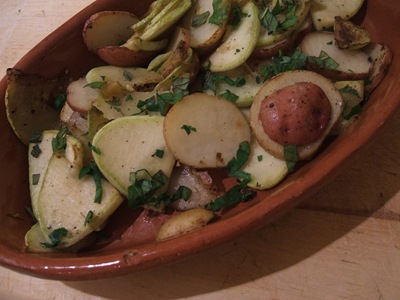 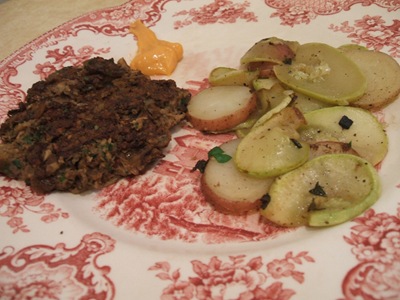 What is that (artful? Or stupid looking?) orange blur? The return of Sriracha aioli :D Ohhhhhhhh yes.

Funny: like many food bloggers, I do a pre-shot of my plate. I selected this burger because it was the most aesthetically pleasant of those I had yet produced (the recipe, halfed, made six good-sized burgers for me; I’m going to be eating them all week!).

However, then the one I ended up eating looked way better. But our kitchen table has crummy lighting? Oh life. 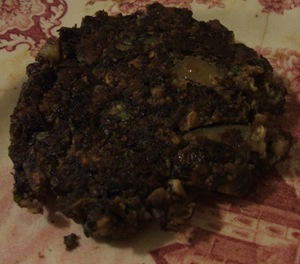 I highly recommend this recipe, despite the slight difficulty flipping. They are MEATY, I swear, despite being vegan! So rich and flavorful and mushroomy and awesome.

Fun treat: I also celebrated Father’s Day by raiding my dad’s pantry of fun things my stepfamily has brought from Asia. Today’s swag: 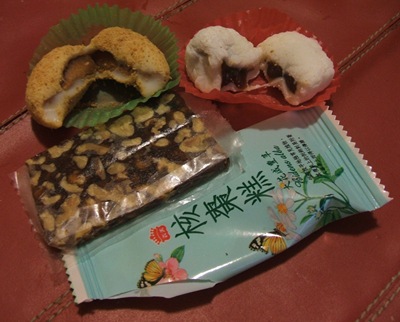 Can anybody read Chinese? :D That bar type thing had thinly sliced almonds encased in a jellified thing that tasted like CHINESE TEA! It was super delish.

There was also my beloved mochi: 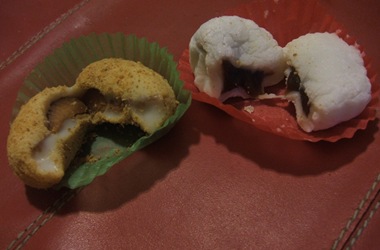 On the left, dunked in peanut powder and filled with, for all intents and purposes, Asian peanut butter. On the right, sweet red bean filled traditional white rice. YUMZ!

Okay, wrote that post and had emotionally draining movie night with some friends (Peter decided we should all watch The Deer Hunter, and as a result I will be upset for a week, I think). It’s 2 am… this post needs a title.

Chocolate truffle brownies sound amazing. Unfortunately I don't have any truffles around, and I'm not sure if the brownies warrant purchasing truffles for brownie purposes alone. But should the occasion ever arise I will remember these brownies!

I've only tried plain mochi which I love. I can only imagine how much better they would be with red bean paste and peanut powder, both of which I also love!

I have always wanted to try gazpacho! It seems so easy to make and so summery which I love. Umm those truffle brownies sound fantastic! Make me some?! :)

The potato squash combo sounds great. Kind of funny that you made gazpacho as my husband almost made some last night. I've never had it to be honest.

Mmm, that mochi looks delicious!! I've never had any, but they look so yummy.

oh how decadent those brownies look... especially since they were rich and chocolatey!!! <3

ooo your brownies look so good!
i can read some Chinese but unfortunately i can't tell you exactly what that wrapper says.. having grown up in an asian-american household though, all of those snacks have made quite regular appearances in our pantry through the years.. i LOVE mochi, especially the mochi you can get at dimsum places that has a hot black sesame filling and dipped in peanut powder

I do the same thing, about making my meal as pretty as possible before taking the picture. =P I've been known to dump my food onto a fresh plate or bowl to get a better shot with my camera.

Your brownies look delicious, I bet their so good :) I have ever get the urge to bake again, I'll definitely make them!

I suck at making brownies. Seriously. The texture never come out the way I want them to. Too cake-y and not fudgy enough. blah