I’ve been trying to rein in my antisocial tendencies lately, and it’s been surprisingly nice. My high school friends have graduated (taking four years like normal people) and are now home, at least for the time being… as am I. *Sigh*

Anyway, I’ve been on enjoyable outings.

This afternoon, I headed to Le Matin de Paris. Lest all the Eiffel Tower replicas fool you, this is a KOREAN bakery. I traveled not to France but to Annandale, Virginia, also known as Little Korea. It’s good eats.

There was a vast, dazzling, overwhelming display of pastries. 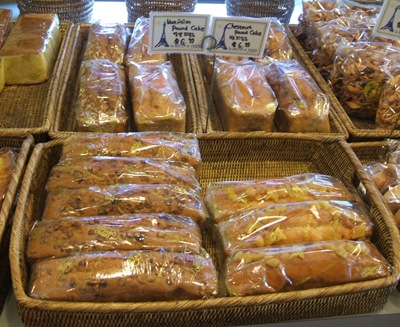 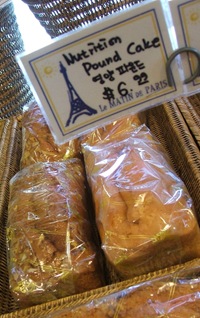 They have oxymoronic baked goods, and they also have very LITERAL baked goods. An example is the banana bread: 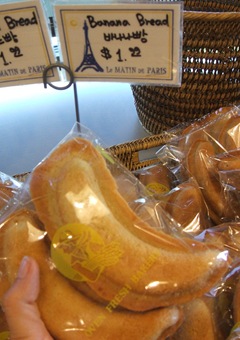 What I really wanted was Bingsoo (shaved ice) but stupid Cristina was incubating a cold and didn’t want to share germs, and they are huge and overpriced ($7?!?!?!?!?!?!) so I didn’t want to eat one on my own.

I grudgingly got a pastry- the peanut flavored Saboro bread. 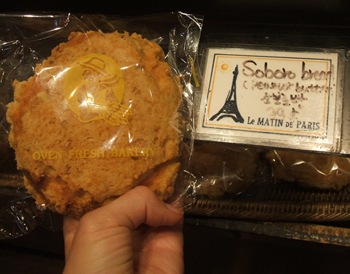 It contained a nutty crisped outside surrounding dough that was sort of like a croissant in terms of lightness but yeastier and less layer-y. If that makes sense. A proper pastry person would be able to describe it better. Yummy! 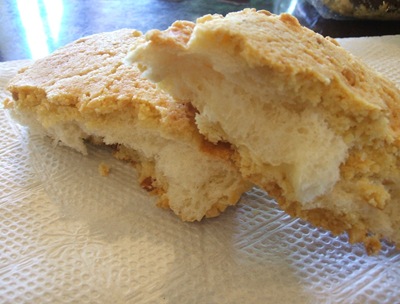 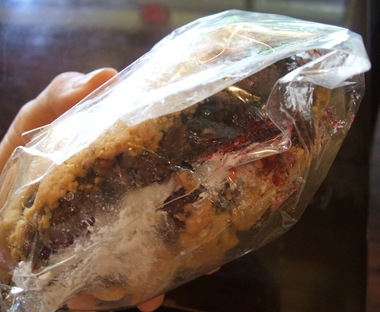 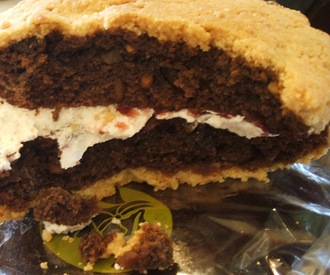 For complicated reasons of business and workness and plans I’m not sharing til they’re finalized, I ate breakfast at 8:30 in the morning and didn’t have lunch til 3. I turn into SUCH A LUNATIC when I don’t eat! I had lunch, but I was still plenty hungry when I got to the bakery. Thus… pastry extravaganza.

My bestie just moved to Adams Morgan, one of the bestest parts of D.C. (her building is also right next to the ZOO!) and we all met up and strolled around and stumbled upon the lurvely rooftop bar at Reef.

… and all that being said you’ll just have to let my words assure you the ambiance was lovely, since the pictures are rubbish! 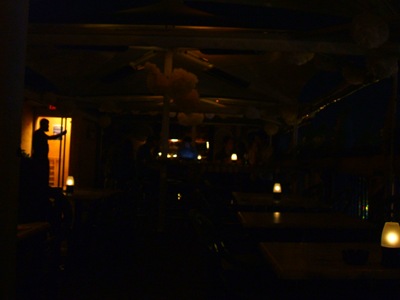 I tried to get Lyddie, poofy thing, and view in the same shot and didn’t do a great job of capturing any of them. 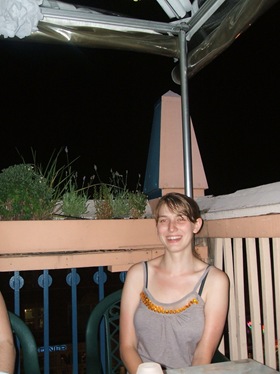 The best part, however, was that they had FRAMBOISE BEER! 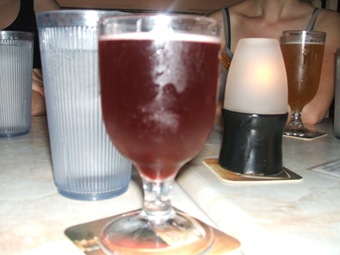 The luscious frothy sweet raspberrylicious not beer-tasting beer! I had it for free at that embassy tour awhile back and I generally hate beer so shrieked with excitement when I saw it on the menu here. I know it is not *standard* at bars but at least it *exists* outside of Belgium (or its embassies)!

Another fun night- there’s this “diner” (it’s a chain, it’s all glossy and corporate, but it’s fun enough) called Silver Diner. I had a coupon cause they’re doing this weird promotion where they’re pretending to be into local food.

So I met up with my friend Indu for dinner.

For eats we split their black bean quesadilla which was new on the menu and was actually shockingly good (super veg heavy and zesty!). Multiply this times two. 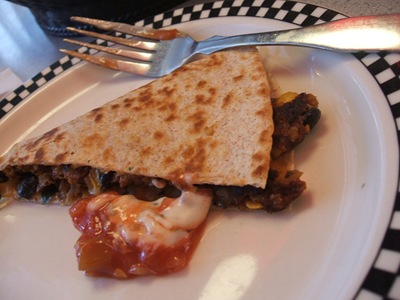 Butttttt quite honestly the main reason anyone should ever go to Silver Diner is their milkshakes. As part of their little makeover, they now have “healthy” (not really) ones now made with fat-free ice cream (gross- if you want a fat-free dessert eat a piece of fruit) but we split the real deal.

Behold, the peppermint patty (with Indu, unaware she is being photographed, but milkshake-induced-happy, in the background). 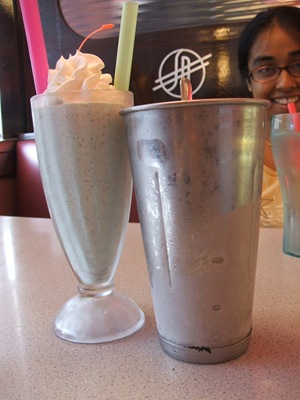 And as you can see, a single serving nets you a gigantic parfait glass and an almost-as-full overflow glass: 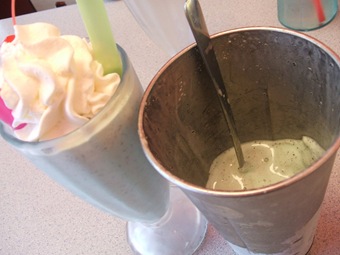 We powered through :D Man it was good.

Then there was a sudden and aggressive storm and we were like aaaaaaargh umbrellas in cars but then it ended and there was a shockingly beautiful configuration of clouds which I captured only poorly. 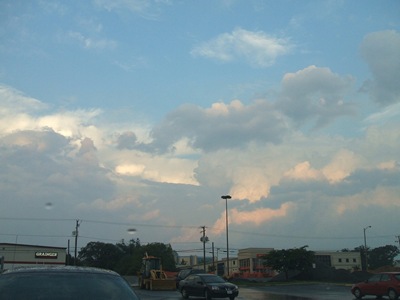 Wow, I drooled throughout the entire post. I love the oxymoronic and literal baked goods! Too funny. And that pb/choco/jam thing looks out of this world! I want to try some of those yummy drinks and the mint oreo shake! :)

Everything looks SO good.
<3 jess
xoxo

I would go crazy around all those pastries in that market. You have self control that I lack. :D

whoaahhh i think we are telepathic or something. because literally 5 min before i saw this post, i posted an entry with the EXACT same name - "out and about" (yours just has a cooler flair) beginning with the SAME topic about my as-of-late slightly antisocial tendencies! hahaha totally strange, but cooool!! love the korean pastries, especially that banana one =)
(i also would have shared that shaved ice with you)

Love rooftop terraces and balconies. There's something so nice about sitting up high looking out and over. Glad you are bucking the antisocial you and getting out. It's hard sometimes. I am very much that way but once I'm out I kick myself for not getting out more.

I love the peanut bread at our local Korean bakery! Soooo perfect! The "nutrition pound cake" and the banana shaped bread made me giggle... :-)

Ohhhh, the milkshake looks like HEAVEN!! Framboise is one of my favorites, too - it's so dreamy! :-)

2. It ALWAYS rains in FL in the summer. And I NEVER have my umbrella on me. It's a fact of life.

i freaking about died of this delicious post! WOW. i couldnt control myself around those treats lol <3

I LOVE that banana-shaped banana bread!! So cute!

When I lived in the DC area I'd hit up Silver Diner occasionally...So much fun, and great milkshakes!