We begin with not epic fail… but a touch of fail.

I had a lunch the other day that, despite a hiccup, was delicious. 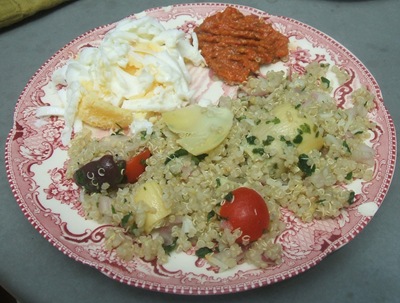 Delectable leftovers. In the forefront, more of the luscious quinoa salad. Rear-right-center, a glob of the lovely muhammara. However, the other item on the plate…

Okay, farmer’s market eggs are delicious but they are FRESH, and fresh eggs are a PAIN to peel and an even bigger pain to slice. 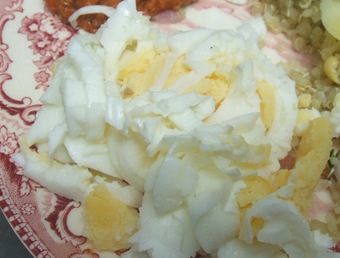 I think it’s kind of cute, actually. If you kind of squint it looks like a flower.

Speaking of shapes, a nectarine sunbeam! 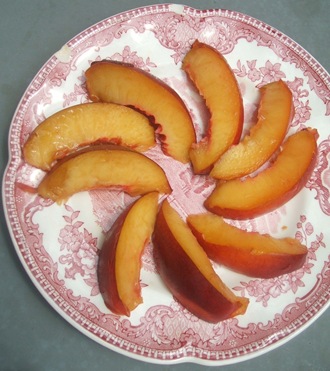 I love these guys :D

Eaten al fresco with homemade iced tea and the dying pansies (too much sun!) Really, any minor egg fail was redeemed by the SMASHING SUCCESS of hard cooked egg and muhammara. Whoooooooa. My guess would be they are not doing this in the Middle East, where the recipe originated, but they really *should* 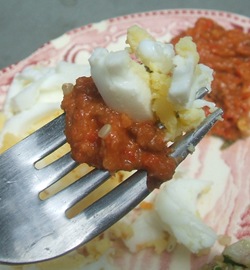 I got a new camera! After all the angst upon angst over leaving my almost-new Nikon on the plane coming back from Asia, I decided to take my beautiful paycheck as a sign that I was allowed to spend money on myself again and get a new camera.

Since I’m a Libra and making decisions is painful, it took a LONG time with a LOT of comparison shopping and annoying the people at Best Buy, but I ended up with a Sony CyberShot 14.1 Megapixel W330.

But decided to put it through the paces. The test? Photographing my sister’s homemade cheesecake brownies (! It is good she is going back to school. While extremely rare that she makes anything, when she does it is dangerously unhealthy and dangerously delicious).

We begin with natural light, in the evening. 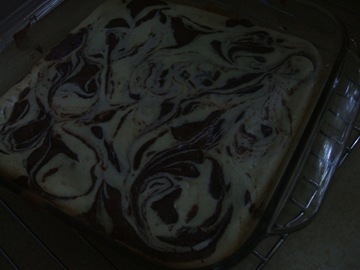 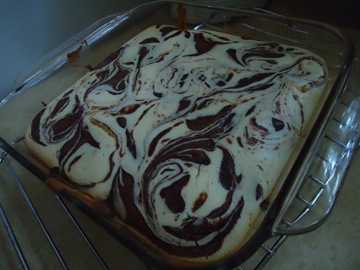 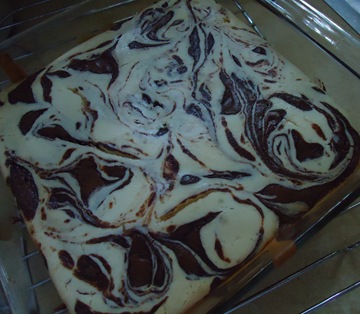 Annnnnnnd after turning on the kitchen light. 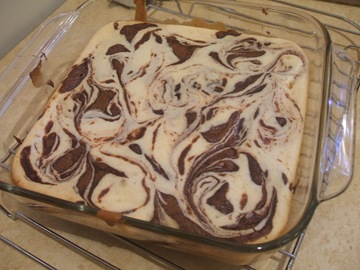 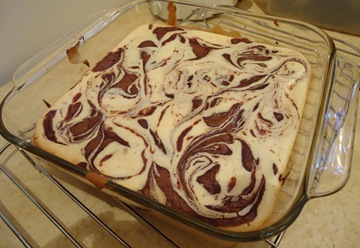 (hah, touch of the failure to keep my finger out of that shot!) 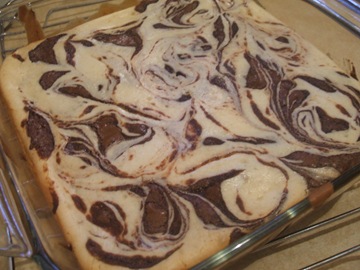 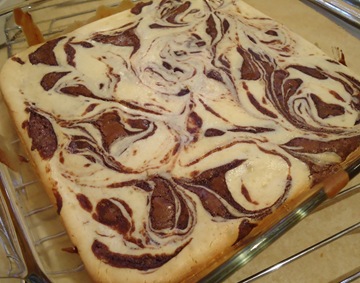 Wow I am SO GLAD I DID THAT. My new camera is WAY BETTER! Yay!

I played with it s’more making dinner tonight.

I love pasta. So so so freaking much. You just throw things into a pot and mix them with pasta and it is… perfect!

A fridge sweep: the leftover tomatoes from the gumbo; leftover feta and olive from the quinoa salad; and a cooked portion of pasta my sister abandoned in the fridge a week ago (I bulked it up with some freshly boiled) 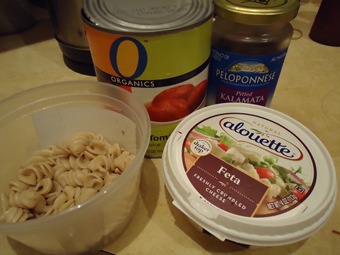 Along with some freshness, in the form of garlic and, ooooooof course, some oregano (see project oregano!) 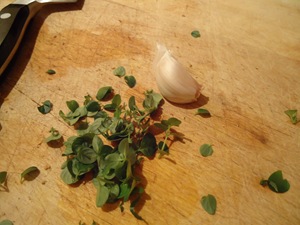 Plus some perfect heirloom tomato. I dug the combo of the canned and the fresh. Each contributed something!

Ah, pasta. The star is the sauce :D Which I captured three times, playing with my new settings. 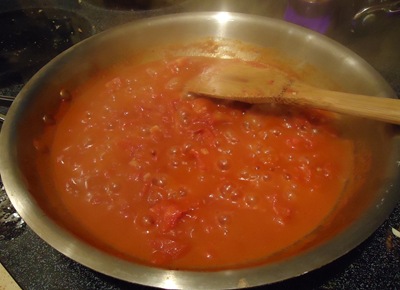 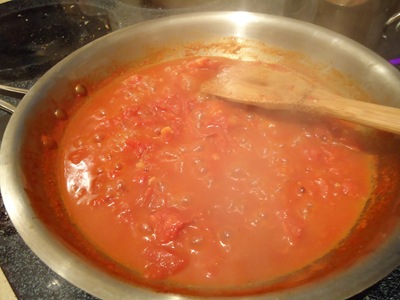 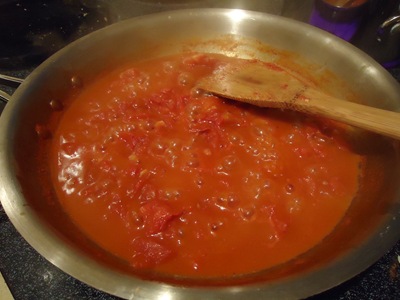 Think the last one is my favorite… wish I remember which mode that was!

The final dish was very very very scrumpsh. If a bit sodium heavy.

Aaaaaaaaand so the practice continues. But it’s fun!

glad the new camera is working out :)

Um, be my personal chef?

Lovely new camera! K, I'm doing a fridge sweep over spaghetti for lunch! Thanks for helping me out on that one!

Ok, what is that a pic of? Cheesecake? Brownies? I must have missed the part where you give the recipe and/or promise to send it to me.

I think your egg fail is beautiful, it totally looks like a flower!

it's TOTALLY a flower when I squint! The new camera makes a difference for SURE. now share the brownies already. yum!

I'm looking at the Sony Cybershot too! Glad you like it. Also I don't know if I've told you this before but your plates are beautimous! As is your FOOD! And cheesecake brownies... wow.

congratulations on the new camera! i'm not a libra but have a hard time making decisions too :)

wow your new camera increases the drool factor majorly!! mmm cant believe it makes the dessert look even better than it already is!! fantastic <3

Your little cousin's are adorable!! Looks like you had a great day!!!

Congrats on the new cam...thats so fun, the new pics look like a big improvement :-)

That concoction coming out of the oven is making my mouth water!!!!