Kayla, my cousin’s daughter, is the youngest of the family and the first (and, so far, only) grandchild to my mom and her siblings’ generation.

The poor thing hardly gets any attention.

On my cousin Steven’s back: 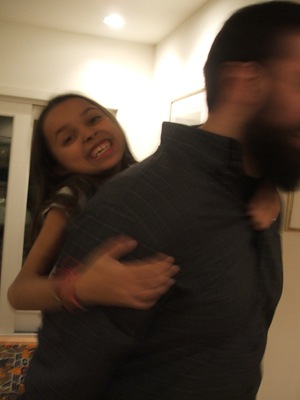 Refusing to let go of my sister’s leg: 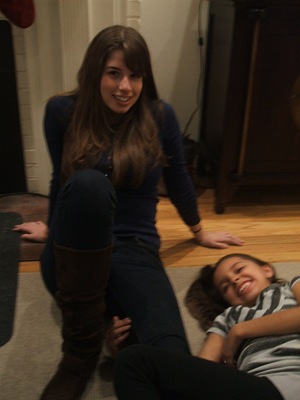 In a sandwich with my cousin Lara and uncle Tom on the loveseat: 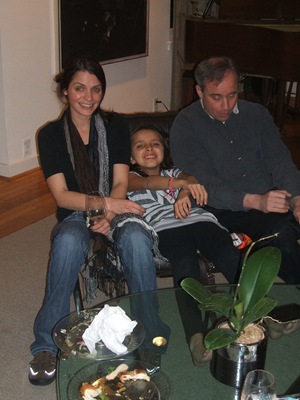 And finally, my poor cousin Chris has a landscaping business and was plowing snow RIGHT up to Christmas Eve. Like, entire shopping centers. For 11 hours a day. Alone.

So he asked Kayla to make herself useful and walk on his back. She happy obliged, and enjoyed making a conquering gesture. 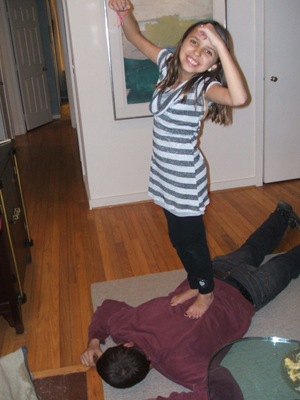 Food was mostly meat, so I kind of grazed on dinner (sorry for the blurrific picture but it was mostly side dishes anyway): 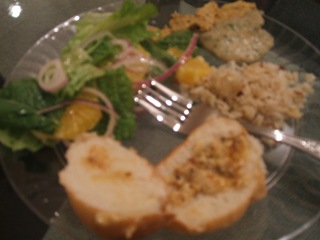 From upper left, salad of romaine, red onion, and naval orange; cilantro and white bean dip and chips; rice with almonds and dried fruit, and finally a seriously awesome sammich of a roll filled with this awesome cheese that had dried fruit in it (zapped that in the micro- mmm. Had two!) 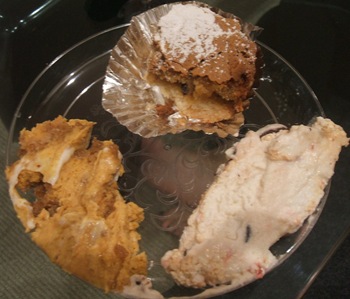 Up top is an apricot cloud bar (HEAVEN! Shortbread, walnuts and apricots mm), on the lower right is pavlova (meringue, fruit, whipped cream, mmm), and on the lower left is pumpkin cheesecake (mmm!). That’s an appetizer plate.

Then some carolers came. They were, uh… well, while very FESTIVE and CHEERY, not actually… good. At all.

My aunt’s awesome neighbors took the opportunity for a smoking break. 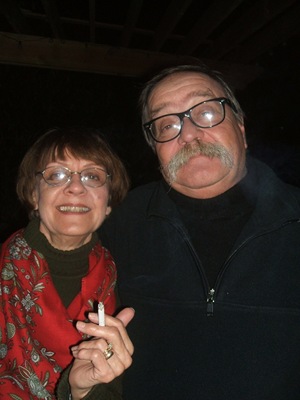 That lady made the desserts, I am now a BIG fan of hers!

Anyway, then I came home and made some good stuff for Christmas morning brunch! 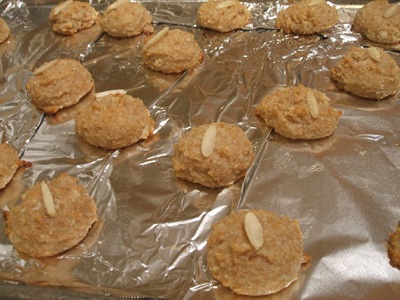 Backdrop: my mom, for reasons perhaps best understood by her, got diagnosed with IBS and told not to eat much dairy and then went out to Costco and bought a huge pack of Chobani… Which expired like two days ago.

Hence my hunt for Greek-yogurt containing recipes on the web that led me to this recipe for almond, cornmeal, and Greek yogurt cookies. 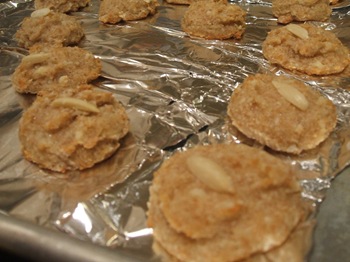 Not terribly sweet, they are light and crisp and rather delicious.

I bundled them up in a festive tin to take to Christmas brunch! 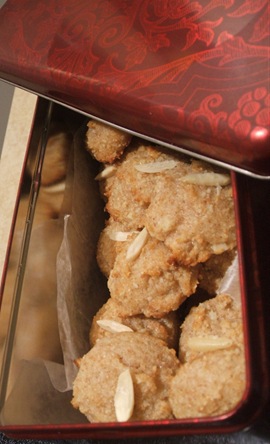 She is an adorable girl! But it really is sad that she gets so little attention....