I’ve really been enjoying the whole New Years atmosphere. To clarify, I don’t really believe in New Years Resolutions- life is a journey, dontcha know, and it seems like so many people treat their New Years Resolution as an opportunity to obsess, deprive themselves of things they enjoy, suffer a setback, and give up. On a personal note, I get really annoyed when the gym is crowded.

However, my resolution has been going SWIMMINGLY- I have flossed literally every day in 2013. And, after the nonstop holiday indulgence spree (which frankly left me feeling kind of stressed and unhappy for the last few weeks of December) there is something nice about people treating the new year like it’s a tabula rasa, like, as Steve put it, “2013 is the year ANYTHING can happen!” My response to him, of course, was that that is always true. But why not appreciate this new year, blank slate.

I’ve been cooking some new stuff, which has been fun.

We had a bunch of old, not-particularly appealing looking pears (you’ll see this being a common theme in this post) so I thought I’d make some baked oatmeal using the pears.

You layer chopped up pear on the bottom of a greased dish (I used 2 and 3/4 small pears, which may have been a slightly higher quantity than the recipe called for; it was a little vague on size) 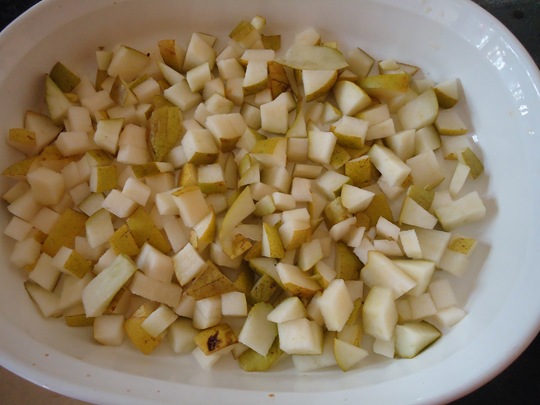 Then combine oats, nuts, seeds, seasonings (I halved the sugar because I added sweet golden raisins, and it was still plenty sweet). 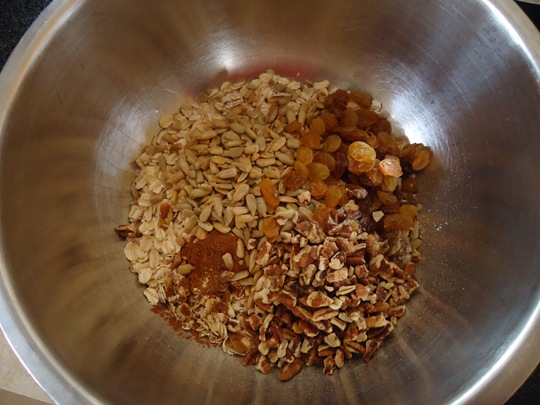 Layer atop the pears (it really looks like granola, doesn’t it?) 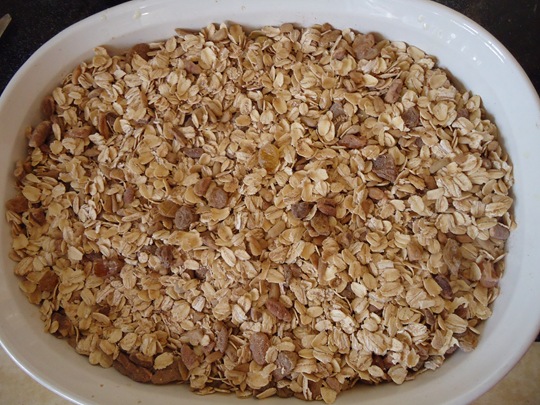 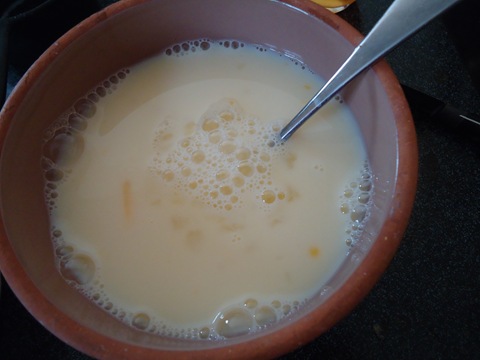 Dumped atop the other ingredients 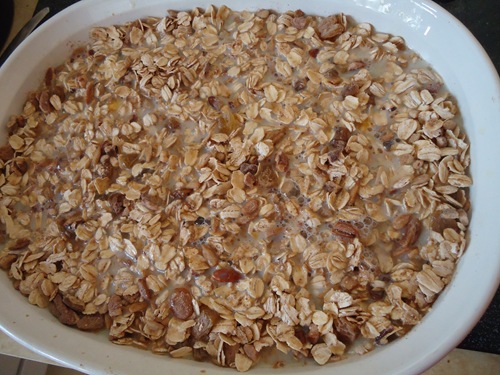 And baked til golden. A good experiment. I could see why the top would have been good with coconut oil- a little crunchier and fattier- but I just didn’t have any! It was still nice and chewy and flavorful. 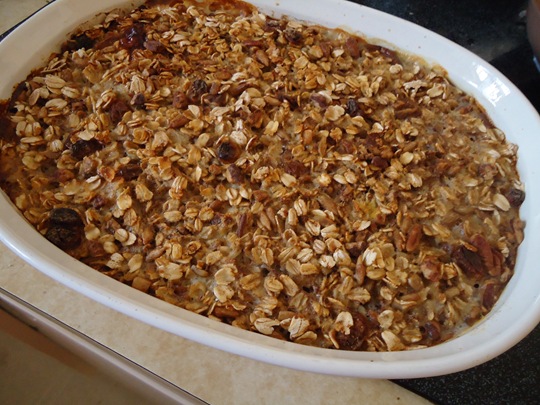 Now, my main mission was to use up leftovers from our Christmas party to ensure that food didn’t go to waste in my house. Since I hate wasting food. And since no one else in my house pays a great deal of attention to using up ingredients that way (or, at least, using them up in time. Since my past job I took the coursework and test to be a Certified Food Safety Manager I just have this new often-uncomfortable awareness).

Anyway, there were some major operations going on. 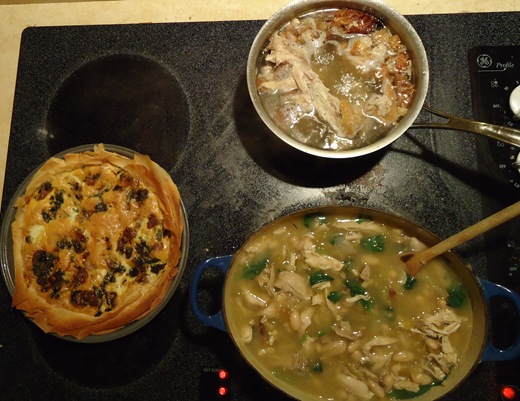 I threw leftover turkey, two cans of white beans, a big vat of chicken stock, two containers of green chiles, some cumin, and some roasted onion, garlic, and jalapeno in a pot to make green chili. 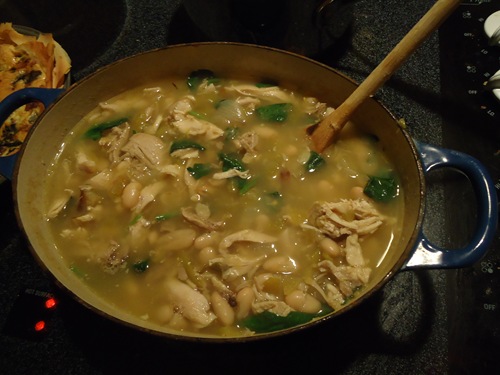 The leftover turkey bones were then used to make stock (just boil ‘em til it looks like stock. This can also be done in a Crockpot). 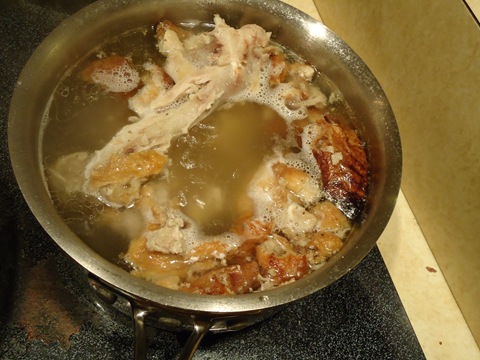 And my favorite was using both leftover ham AND leftover phyllo dough to make quiche!

I was looking up quiche recipes at my favorite cooking websites, and was quite intrigued to find this "Real Man Quiche" recipe from Eating Well, which used phyllo dough to make a quiche crust.

My mom always, smartly, buys extra phyllo when making baklava in case of emergencies. I had already used some to make turkey pot pie after the party- sort of along the lines of this Cooking Light chicken pot pie recipe. So this was an opportunity to use it up and also be lazy rather than making crust.

Used extra ham in the filling, so it was a leftovers one-two punch. Tasty, too! For the filling I sauteed some onion, lotsa mushrooms, and lotsa spinach with the ham. Plus eggs and milk and Parmesan atop. 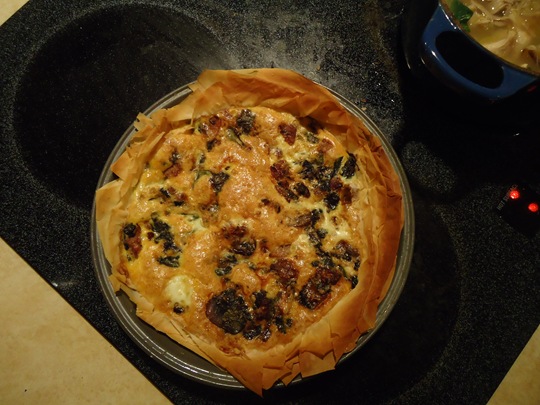