Old Rag is a mountain in Virginia. Why is it called Old Rag? I don’t know. I could Wikipedia it, but I don’t really care. But you can!

Anyway, it is a really really gorgeous drive down there. 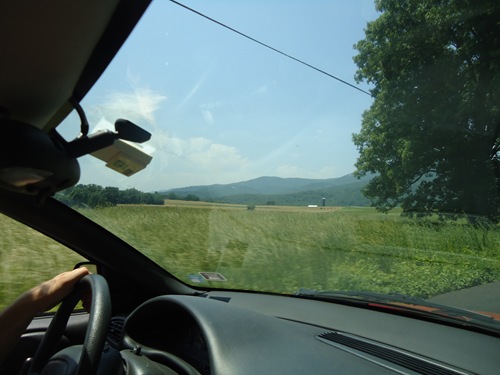 Funny/odd: for whatever reason I started the hike feeling horribly nervous. Like… I don’t know, I guess it was more of a hardcore hike than I’d done in awhile (8.8 mile round trip, hefty elevation gain) and I just got really paranoid that we hadn’t brought food other than trail mix for a 4-6 mile hike with no lunch, and I just thought… I was going to run out of water and get eaten by a snake and stuff. (Well, actually, we saw a copperhead but it very considerately rattled at us, leaving us absolutely TERRIFIED, and then poisonously slithered into a bush).

But it worked out. And was dang beautiful. 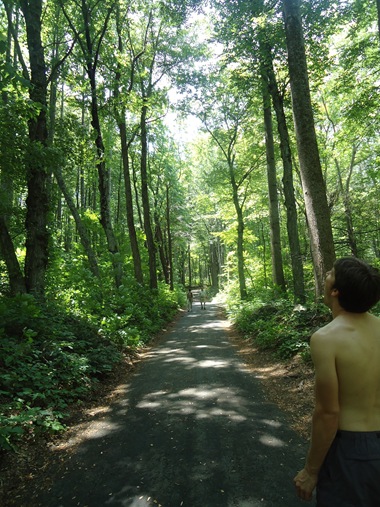 And there were these gorgey gorge flowers everywhere… 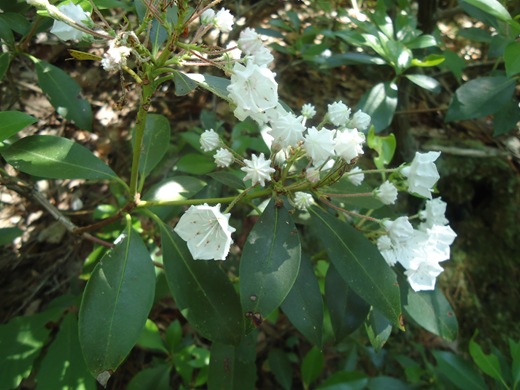 Again, could bother to look them up… but won’t.

Steve was mad at me cause my memory card only holds a limited amount of pictures… and there was one that he had taken of me hiking that frankly I think didn’t do my backside any favors… and it was that or the flowers.

We clambered up some pretty dang serious rock (though, full disclosure, we didn’t 100% finish the hike before turning around) but after sweating and grunting and so on we came out and got to see this… 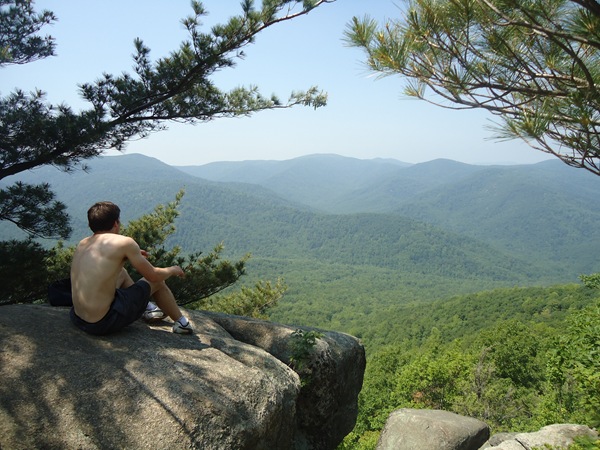 The view at the top was pretty magnificent… so much so that trying to photograph it in any serious way just left me feeling dejected.

The bottom, however, was kind of even more amazing, because we head down and we hear all this… joyful yelling and splashing.

And wouldn’t ya know it, there’s a waterfall. Steve straight up got underneath it, but as I was wearing denim shorts (and anyone knows that wet denim plus thighs equals pain) I just wandered around the side.

And then Steve took this AWESOME picture! 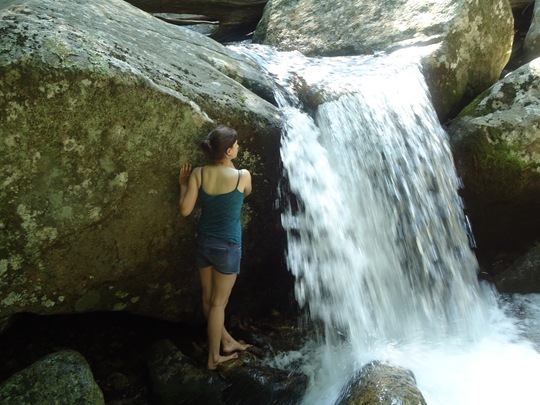 We were sitting on a rock putting our shoes back on, but before Steve got back his lovely sweaty salty socks, this beautiful butterfly started… snacking on them! 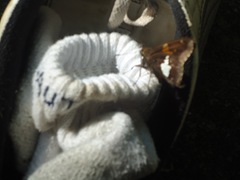 I love nature so much.

We strolled back towards the parking lot and then I remembered that the water-seller-meets-amateur-copperhead-taxidermist guy had had a sign about FRESH WATERMELON. And oh man we bought that. It was sposed to be by the slice but the guy was like “Eh, we’ve had hardly any business, finish it.” 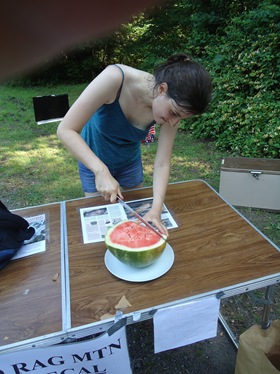 (God, what an incredibly flattering picture of me. Plus Steve’s thumb.)

Actually we gifted some of the remains to some strangers who looked longingly at it, because we pay it forward that way.

And so, back into the car we went.

Round about dinnertime, we pulled into Warrenton. Like the first thing I saw? The Great Harvest! Kath went there! Celebrity sighting practically ish!

Then we went into The Iron Bridge Wine Company. And, having just looked it up, KATH ATE THERE!  Ohhh my goodness.

Being total outdoors-a-holics, we sat on the deck for dinner. 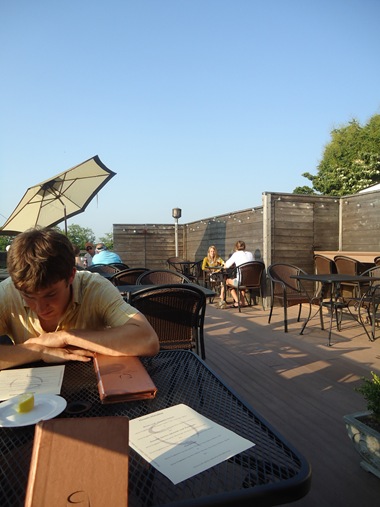 Had the most peculiar but intense craving for a Caesar salad. This happens about once every two years, but when it happens, it’s intense.

This one had red baby Romaine, homemade dressing, and a scrumptious crouton. It hit the spot! 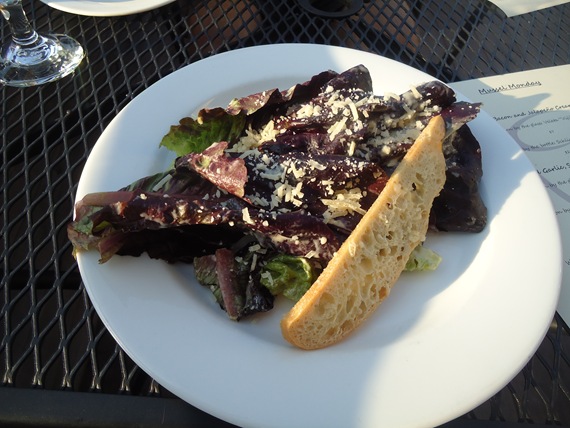 The real draw, however, was Mussels Monday. For $13 or something like that you get ALL YOU CAN EAT MUSSELS AND FRIES!

The mussels came in your choice of flavors… so you can mix and match!

I started with the roasted garlic, spinach, and parmesan. 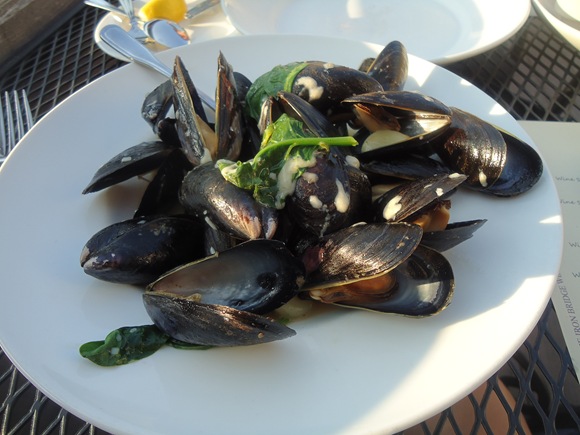 Um, holy garlic breath. But I’m gonna say it- I ate straight up garlic cloves. Then made Steve, too, so we’d cancel each other out. The cheese was all oozing all over everything… it was grand.

Then for my second venture, I went with the Provencal, which I knew contained tomatoes just based on the name :D Which I smugly told Steve. 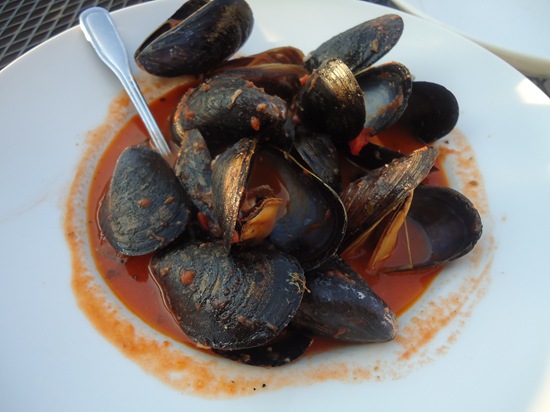 Steve, of course, kept right on going and also got the other broth option: bacon and jalapeno cream. Had a taste. Sinful!

And speaking of sinful… rosemary fries? Yes? Please? All day every day? 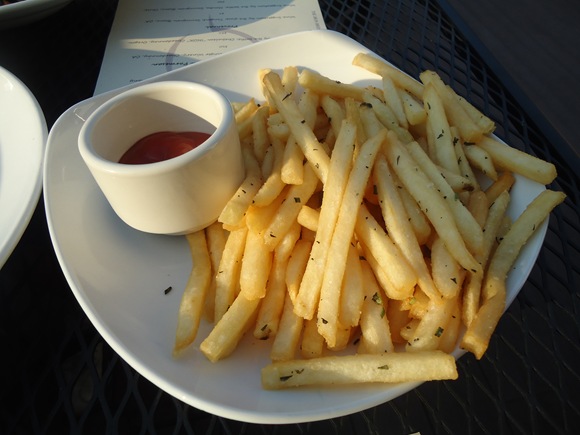 The flowers are called laurel, fyi:) I am from Laureldale....named after laurel, haha! You look fabulous and you deserve all of this happiness...and the food looks DELISH.

Rosemary fries?! Those look so flippin' delicious & I'm SURE they were ;)