Tried to get in some all American comfort food while I still could.

I decided I wanted chicken pot pie. But look at this awesome highly plant-based prep! 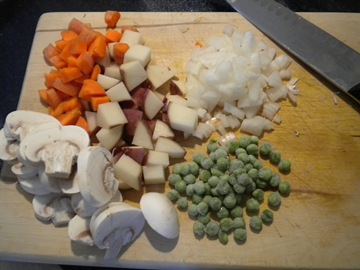 I used this healthified recipe which involved sauteeing the veggies in a minimum of oil, then adding just a bit of flour, and chicken broth for the sauce. Plus chicken (more leftover turkey from the freezer, in my case), and nice fresh herbs. 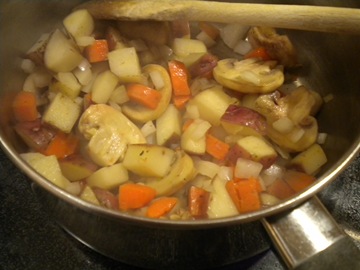 I halved it, and made some modifications based on what we had (yes peas and potatoes, no turnips, which is too bad as I love them but we didn’t have any) but I’m not going to bother sharing them, because it ended up basically being chicken and vegetable soup with phyllo on top. 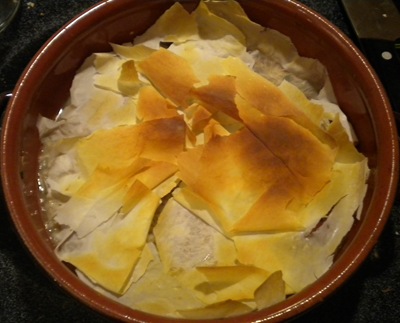 This morning I had the best breakfast in the entire world ever, also known as peanut butter and banana oats. 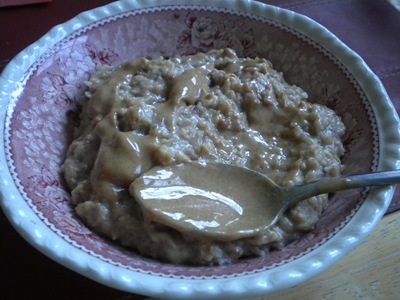 There is nothing better. Nothing. 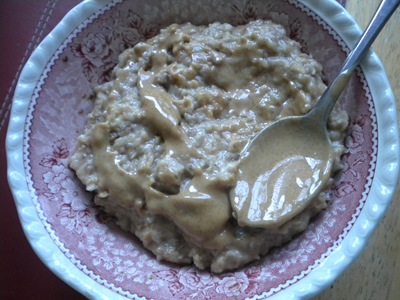 For lunch I raided the fridge, something I also won’t be able to do for the next two weeks. 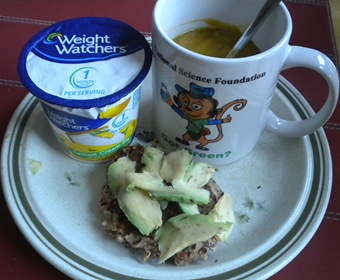 First more of the miso squash soup which is seriously delicious cold, too (this was post-gym, and as usual I only wanted cold food). 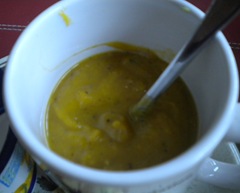 Then a bean burger! 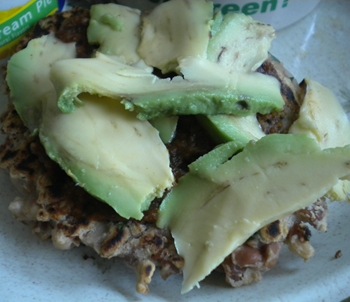 I mashed a half a cup of pintos with some multigrain breadcrumbs and fresh parsley (nuking them for thirty seconds made this way easier) then stuck the patty on a cooking spray-ed griddle. Topped with leftover poblano sauce and avocado. 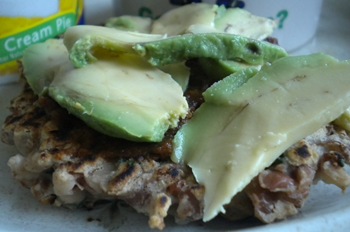 And yogurt (I am by no means a Weight Watcher but it was on sale and the flavor looked good). 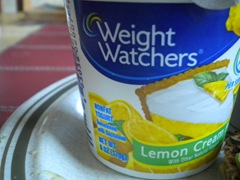 I know I’m always a yogurt addict, but since I’ve found out about Thailand I’ve been stepping up the probiotics. I figure if I have lots of good bacteria in my tummy, they’ll hopefully help deal with any bad bacteria that might get in there from street food or the like. 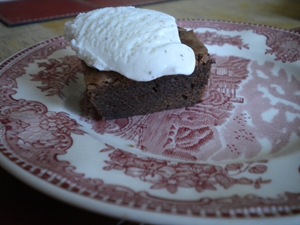 Another of the truffle brownies with a spoonful o’ vanilla ice cream. Yummy.

And then I stressed-ate tons! For example, this is in my house: 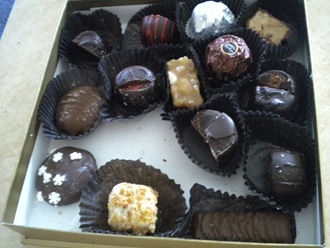 Straight up, I am nervous about my trip. Nervous about flying, especially for such long lengths of time (cause I haaaaaaaaaaate it), nervous about being so far from home, just general, low-level, carb craving anxiety.

I need to be brave! What is wrong with me?! I feel like I have been a deer in the headlights about every new thing that has come into my life lately!

Ugh. Anyway. My next post will be Asia-fied! (Seriously almost wrote “assuming my plane doesn’t crash.” Ugh ugh ugh I need to CHILL OUT!)

Have fun in China!
And when I still had artificial sweeteners, I would eat multiple Boston Cream Pie WW Yogurts a day. No lie--best flavor ever!

Have a great trip. I went to China once for 3 weeks and I loved it. They even had good vegetarian options for me once they were told of my dietary preferences. Can't wait to read all about your trip.

Have a wonderful trip! Will you be posting from there then?

I don't like flying either :( They should just come up with a teletransporter already!!

I follow your blog regularly but probably don't comment enough however wanted to tell you that I'm really excited to read about your adventures overseas!! You will do great with the flying and once you get there all the nervousness will be a distant memory :) Safe travels friend!

You're going to have an awesome trip!

I feel you on that stress eating with chocolate! It's okay - comfort in food, right? Enjoy your trip and bring some chocolate for the flight!

Ileana. Why is it that I find out from your blog that you are going to Asia tomorrow? What does Asia even mean? Thailand? That is super awesome and I am excited for you. Will you have regular internet or phoneishness? Send me a postcard or something! When do you get back?

Thanks for the comment on my blog-- I agree that the key to an awesome fruit salad is lots of color.

Have a wonderful trip!

Can't wait to read about your trip!!!
As for the flying....
I have never flown, mostly because I'm sure I would sink my claws into the person sitting next to me as soon as we took off. Really and truly.
Therefore, I have no advice for you, But I really wish I did. Deep, calming breaths is all I can say.
:-)

Have fun! I cant wait to hear all about your trip your going to have an amazing time :)