return of the potluck

Remember when everyone’s office was going in on Mega Millions tickets?

We did that. I also had a nice half a grapefruit as my morning citrus pick me up. 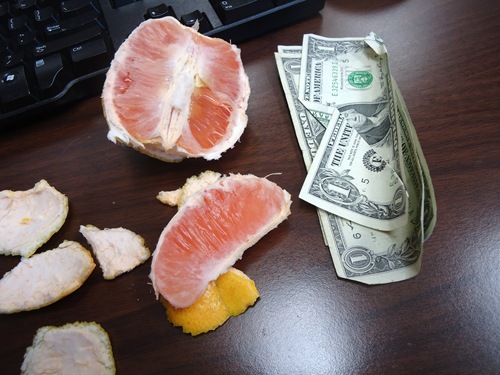 Despite an astonishing FORTY TWO CHANCES, our office still did not win. I am stunned. Among other things, I could have quickly livened up my blog: “Today I ate diamonds.” 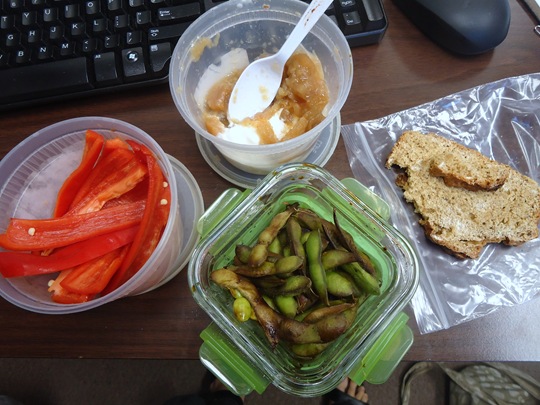 Bread. All I wanna eat is bread. 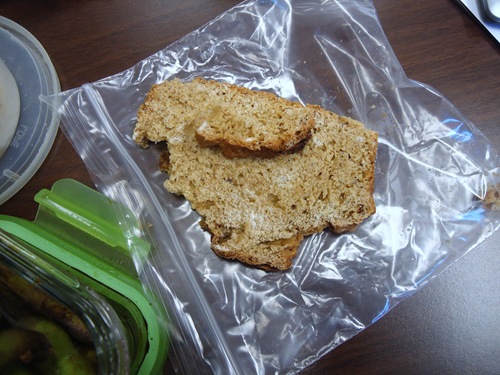 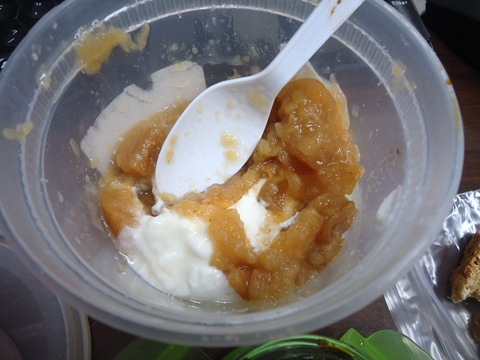 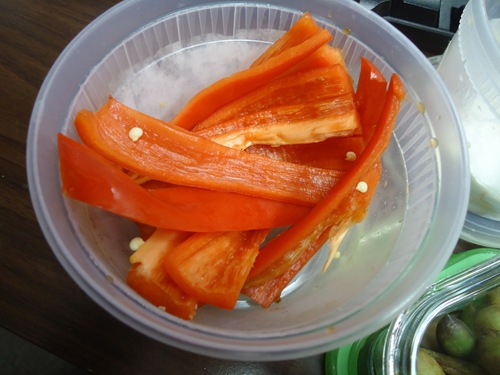 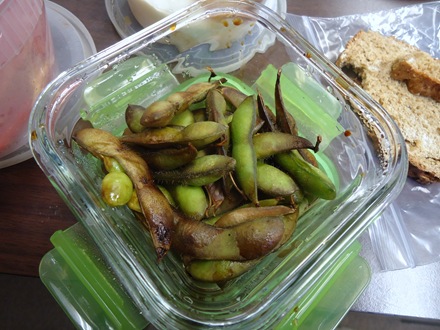 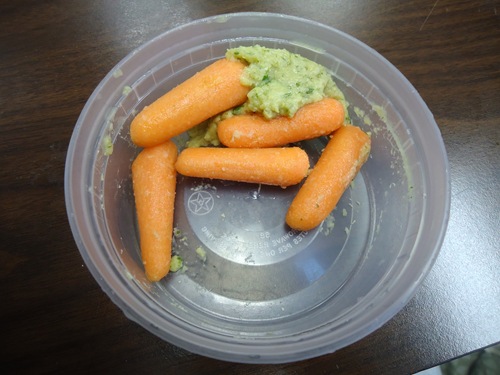 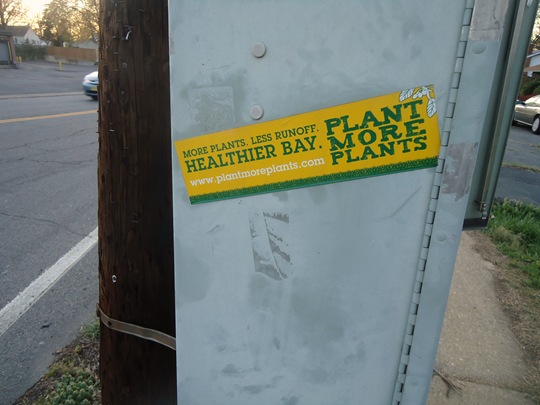 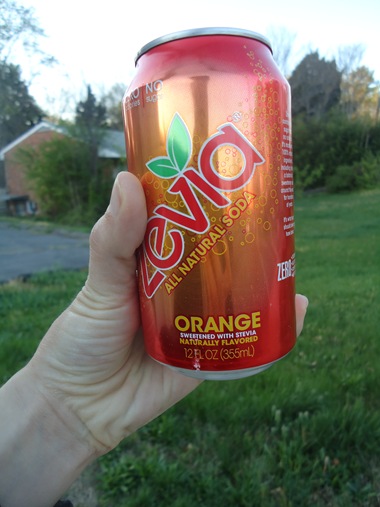 It started sweet and awesome and ended disgusting. Like all orange soda. Also felt weirdly disappointed that when you buy “natural” orange soda, it’s not… orange.

Friday morning I ate a new breakfast! It’d been awhile. 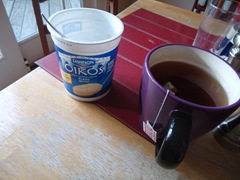 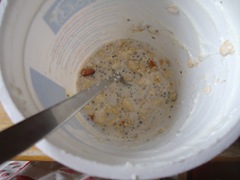 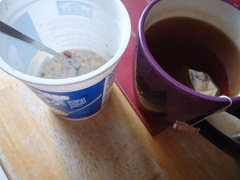 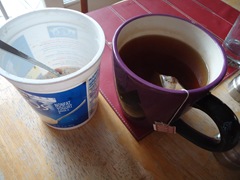 Gloomy day. My professor dismissed us a few minutes early and said, “Go out and enjoy the… whatever.” 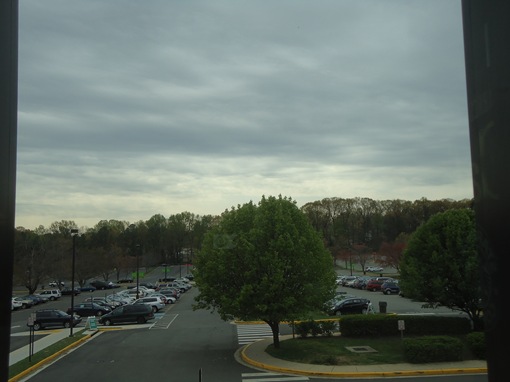 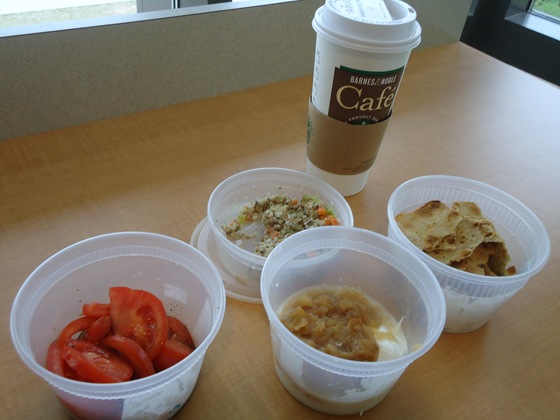 GOOD GRIEF I ate a lot of this. 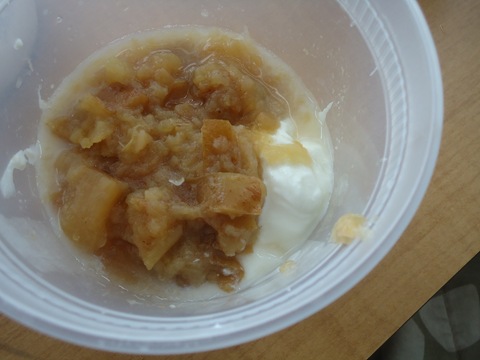 Here’s a fun fact: I have ceased eating this. I ran out of homemade applesauce, but ALSO, word to the wise, if you have ever left some yogurt out on the counter and said to yourself, “Oh, it’s got healthy bacteria, that’ll keep anything nasty from growing in it and giving you food poisoning”, FALSE. FALSE. FALSE. 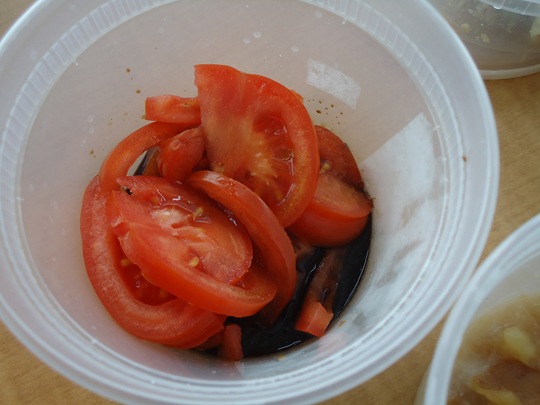 Marvy farmer’s market tomatoes with oil and balsamic and 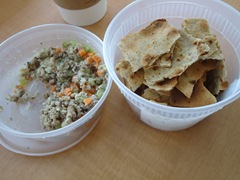 I am such a snacker I love love love eating lunch this way: made a sardine salad (mushed up sardine, tiny minced celery and carrot, oil and lemon juice), then toasted up a whole wheat wrap and broke it into crackers once it got crunchy.

Dip, scoop, eat. SO FUN! And such a pleasantly elongated meal.

Scampered home after class on Friday because THIS awaited me: 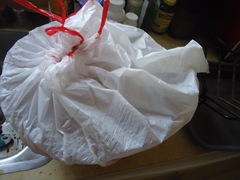 Wait… you don’t regularly roast turkeys in the springtime?

Background: I work at a food bank. Round about late November, I was sitting at my desk, typing away, when they call me from the front desk and go, “Get your turkey.”

So I went downstairs and was handed a rock-hard frozen turkey. It sat beside me as I finished my data entry.

I deposited it in my freezer, and forgot about it until…

The RETURN OF POTLUCK!

New readers: last year, when I was in Americorps with a delightful group of young persons, we had a weekly potluck every Thursday night, often by theme, always with delicious (if not necessarily healthful) eats. The main instigator of this (the person who would mercilessly nag people if they did not attend) was Erin. Erin lives in Georgia now, but is visiting for the week. Soooooooooooo… POTLUCK!

Erin is also aggressively friendly (aggriendly), so I decided that we should just invite everyone we knew. And volunteered my house. And thought “Yesssssssssss, lots of people! I will ROAST A TURKEY!”

I was a bit apprehensive, because other people at work had already made their turkeys (on Thanksgiving, like normal people :D) and had warned of dryness.

So I brined the bejesus out of it and hoped for the best, and was heartened when this emerged from the oven. 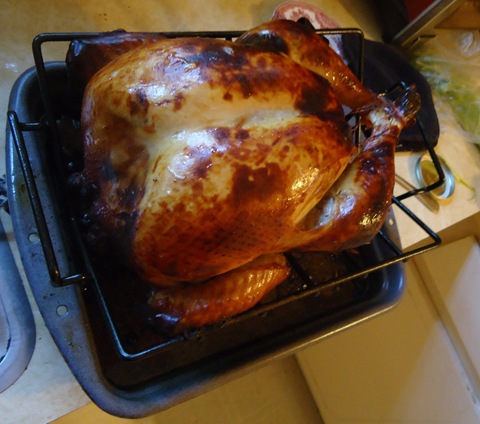 Thanks to YouTube, I am now a superb turkey carver. (As anyone who has been near me after having carved a turkey can confirm. I am also a turkey carving braggart of the worst kind).

I find it a pleasant and calming activity. 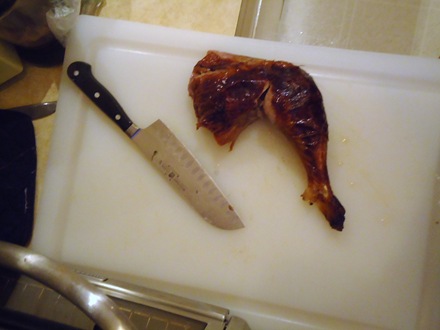 Annnnnnnd that’s largely where the pictures end, because that’s when the guests arrived and I as usual utterly failed to document the party, other guests’ contributions, etc. etc. because it was just too. dang. fun. 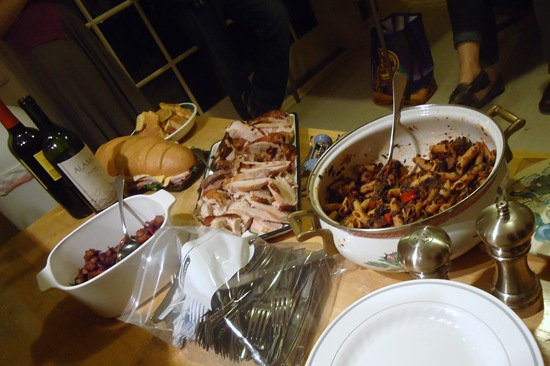 Kudos to Brian, Lydia’s boyfriend, for being a fellow person-who-photographs-delicious-food. He just posts his on facebook, which I love. And raid for my blog, clearly.

This is a Steve invention that is GREAT and EASY: sliced cucumber. Tofu. Soy sauce. Sriracha. 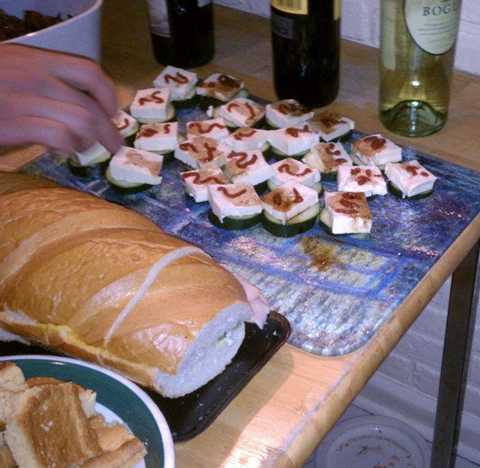 Yum! Also in that shot: the hilarious GIANT SANDWICH my cousin Ashley and her boyfriend brought. And in that bottom, Jiffy cornbread which I also randomly made, fearing people running out of food and being confused and kind of sketched out to find a box of Jiffy cornbread in my pantry.

Here’s my plate, the highlight of which was Lydia’s pasta which was GREAT and everyone was all, “Wait, this isn’t real sausage?” and even I was kind of thrown even though my vegetarian best friend had made it but fact: Tofurkey brand Italian sausage is awesome. Also threw together a stir fry at the last minute which I was glad I did, since, there were many foods of the junkier persuasion and it was good to get in at least some veg. 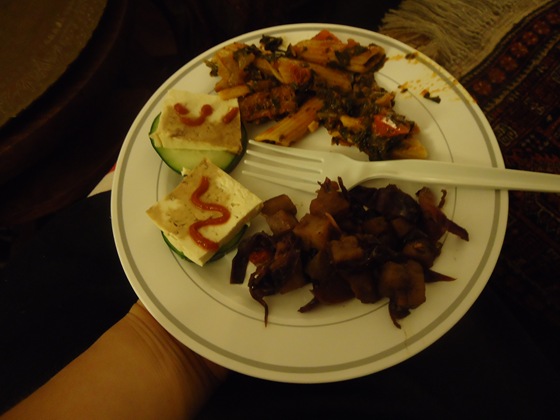 But, quite honestly, a lot of the consumbles at my party were liquid :D Earlier in the day, I’d thrown together somewhat random proportions of fruit/wine/booze/soda to make white sangria. 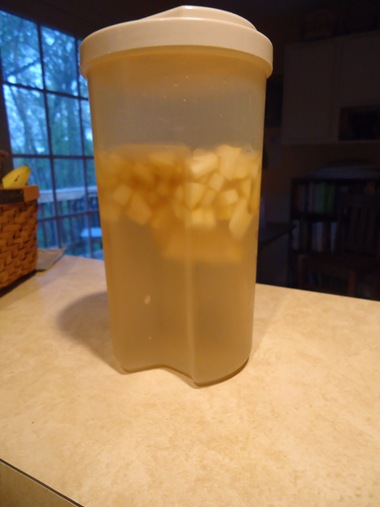 Not bad. Maybe next time I’ll follow a recipe. Probably not.

I spent most of the evening drinking Malbec brought by Ashley (yum!). We also did a tasting at one point of some rather bizarre chocolate wine that I was given as a gift. It was… uh…

Also in the junkiness department: LOTSA delicious desserts. Patricia texted me that she was running a little late and had also “Taken something healthy and made it unhealthy”. 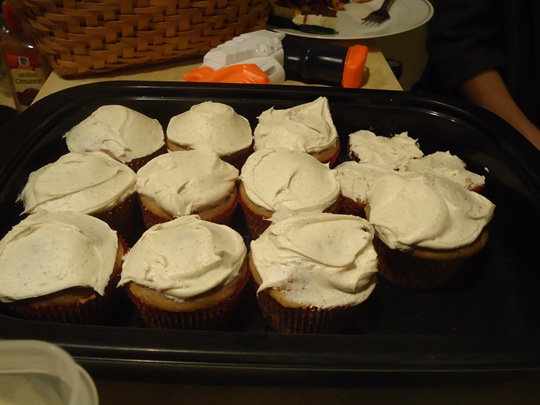 There was also the apple bundt cake I made and froze awhile ago, homemade key lime pie (!), Richard’s astonishingly delicious first attempt no less. And Amy brought no-bake cookies that involved peanut butter and chocolate and were like… Ho.Ly. Crap.

And we ate and chatted and hung in my living room and it was just like old times but also with new fun people :D 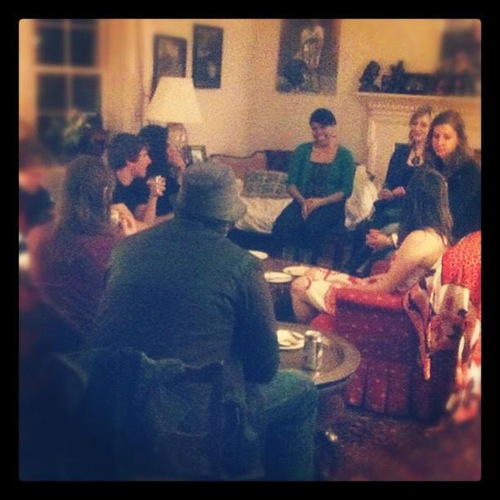 thanks again for hosting this delicious feast

Looks like lots of yummy eats! Sorry to hear you did not win. Either did my mom, but the winning ticket was sold not too far from where I grew up.