An excellent happy pill: someone who makes you feel better even if you were determined, DETERMINED, to thoroughly wallow in ickiness.

Who goes, “You have to try this dessert I invented!”

Aka a spoonful of chocolate chips and Heath bar bits. 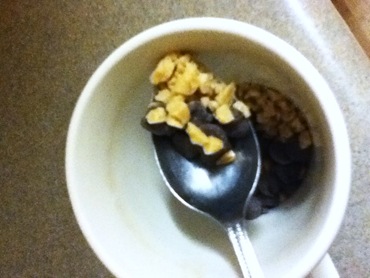 Another happy pill: freely wandering the aisles of Trader Joe’s. Aimlessly (well, kind of hungrily. And with an extra hungry boyfriend going, “Uh huh, uh huh, that is interesting that they make that kind of cheese, and could we maybe also commit to some food items fairly soon?”). 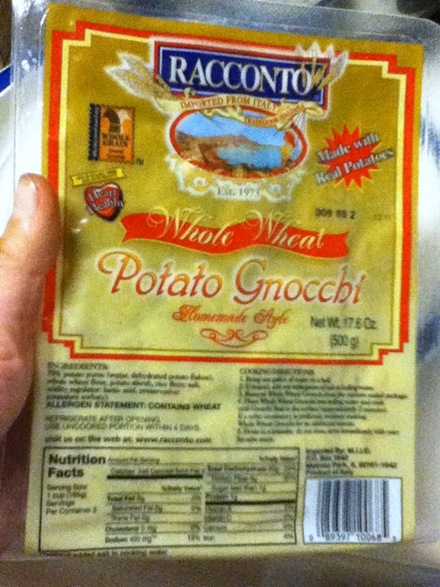 I had a hankering for bruschetta, so we got the whole wheat Tuscan pane (thanks all the years of endorsing this, Healthy and Sane! It IS delicious!) 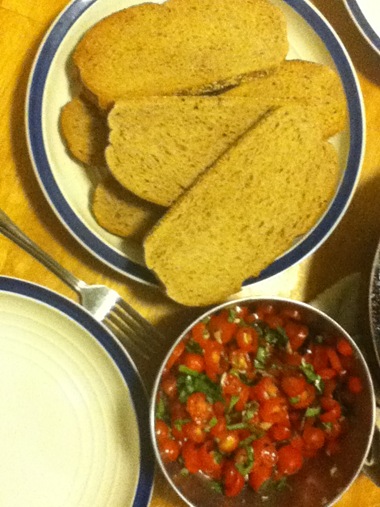 That gnocchi, obvi, which had all the heavenly chewy carb-ness of regular gnocchi but also the most wonderful nutty and complex wheat flavor. Just with olive oil and black pepper. 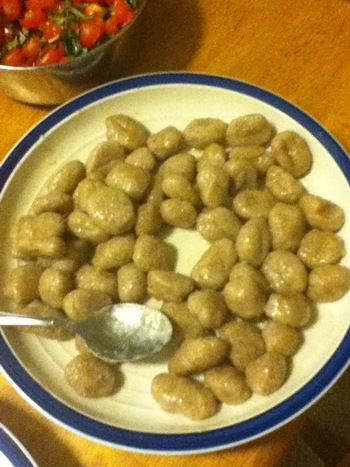 In the protein department, Steve always has eggs and in keeping with the Italian theme, I threw together a massively easy and tasty frittata.

Sauteed mushrooms (shiitake because they were the only ones not in Styrofoam and my boy loves the planet so they were all he could bear to buy), and garlic, and then wilted in some kale with a bit of water. Then would’ve transferred them to ideally a smallish baking pan, but the Pyrex was what he had so the Pyrex sufficed. Four eggs whipped up with some crushed red pepper flakes went in too. Baked at 350 for ten minutes or so, then under the broiler for another fiveish. 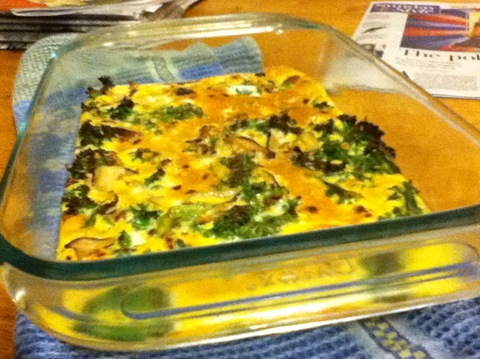 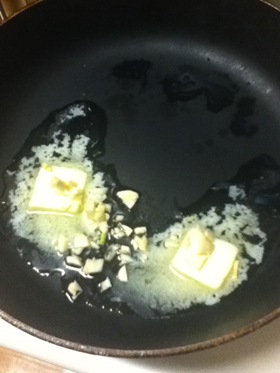 … it was splendid indeed with these MONSTER ARTICHOKES, so huge I had to cut them in half to steam them with any hope of them being done before ten pm.

Artichokes are the ULTIMATE in happy pill. (but, er, don’t swallow them whole like a pill. There are parts that will literally CHOKE you. Thus the name. Also never put their leaves down a garbage disposal. Ever.) 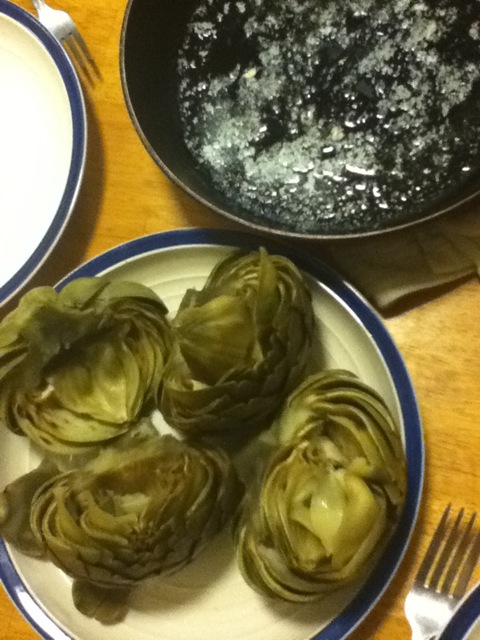 FEAST! From just idle flights of fancy and a trip to Trader Joe’s. Vair impressive. 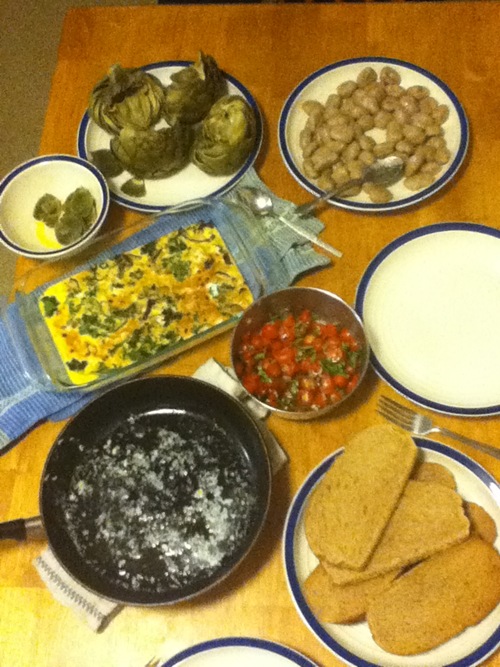 Washed down with red wine, one cannot eat a meal like this and not feel good. Particularly in the company of someone you luuuuuuuuuuuurve. 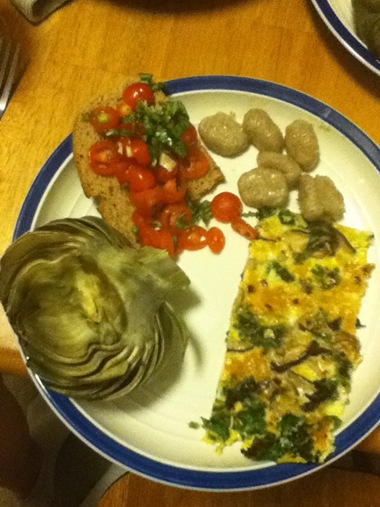 I really have to stop being so lazy and taking iPod pictures, because they are just not very good. The thing is, lately I always have my iPod so I can take walks and listen to Jillian Michaels podcasts, a new addiction and generally a happy pill.

But no real camera. Just picture the perfect golden and crispified topping of this frittata, kay? How some of the edges of the kale curled out of the egg mixture to the heat and became wonderfully crunchy. Mmm. 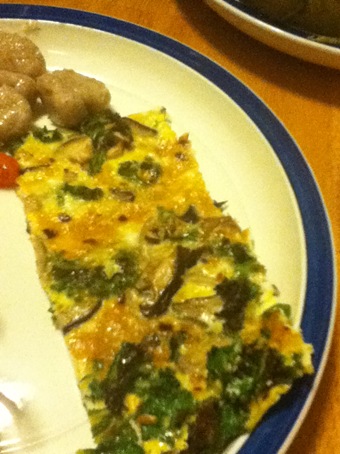 So let’s be honest: sometimes we feel too wiped out, more scared than as adults we care to admit, to take on the world. And sometimes you wake up in the morning, glycogen stores thoroughly revitalized after an Italian feast and mind and soul somehow built up by having someone to lean on, and you are ready to go out and do the damn thing.