out with the asia fam

So in case anyone’s wondering why I’m actually IN Asia, a bit of a back story:

My dad traveled to Asia for work for basically a year, on and off. It was a really stupid case involving dog food (well, he doesn’t think it’s stupid, obvi) but he basically fell in love with Asia. As well as with Sally, a fetching flight attendant he met on all his flights back and forth.

The rest, as they say, is history. He was headed back to the far East (Bangkok via Taipei) for a business trip, she was tagging along to visit her fam, and then I tagged along because I am recently graduated and have NOTHING TO DO WITH MY LIFE.

One night they took me out. To karaoke. For FOUR HOURS. 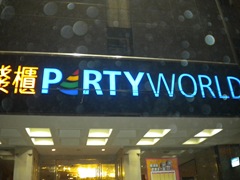 Hahahaha. First they fed me, OBVIOUSLY (I’m hoping, by the end of this post, you will be able to see a FRACTION of what they eat. And they’re all tiny. Mystifying!). Some of the spread: 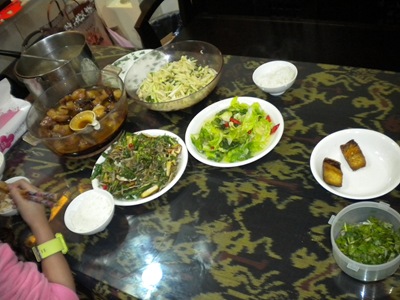 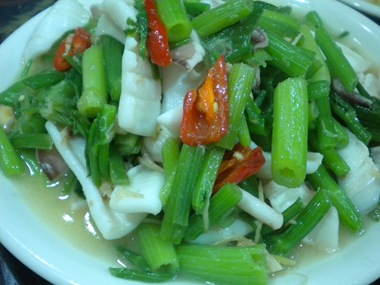 Broccoli root (? How Sally tried to describe it to me) in a rockin’ salad with lots of garlic and cilantro: 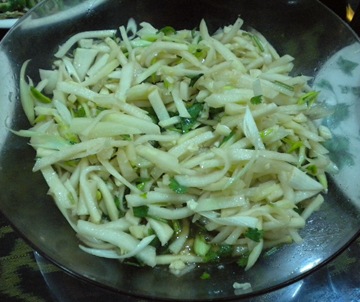 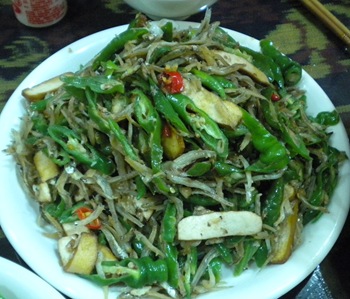 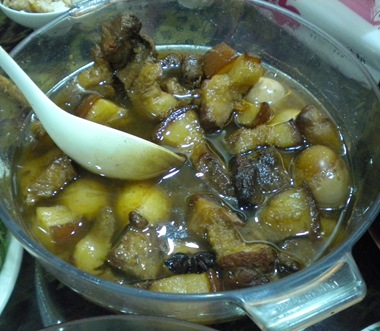 In a rich soup with pork.

The chef, Sally’s mother, in her kitchen with her rockin’ wok. 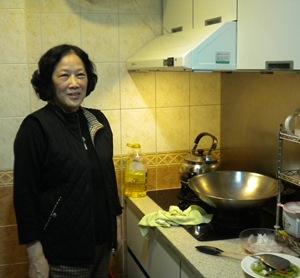 And then karaoke. Sally’s nephew set the soulful tone with his hipster glasses: 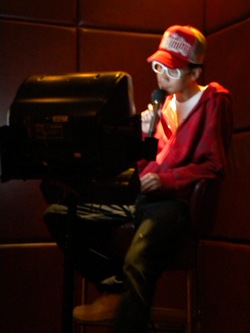 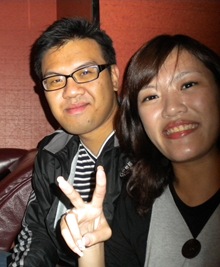 But the one who ROCKED IT was Sally’s big sister Mai. Boundless, BOUNDLESS energy. 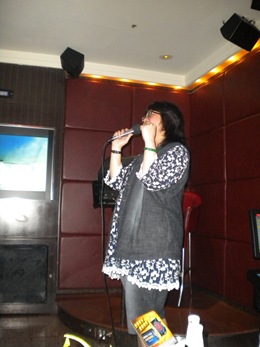 OBVIOUSLY, there was a huge spread of food and drinks: 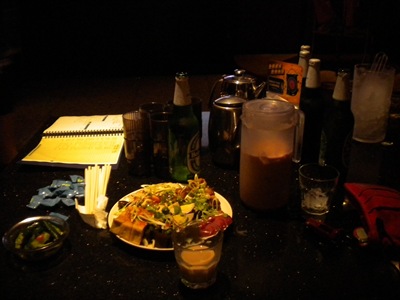 Milk tea, beer (it seemed to be BYOB), a karaoke menu, and this bad boy: 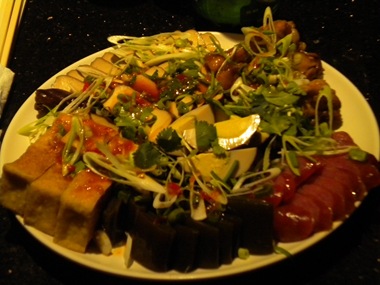 Snack plates are a bit different over here, eh? From what I could tell, mostly tofu in various forms and smoked meats and more soy sauce eggs.

Also, popcorn chicken has made it: 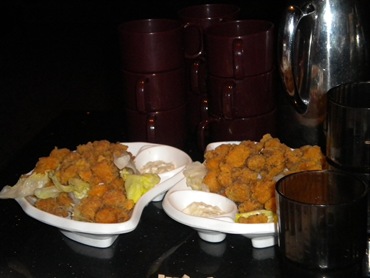 But their dipping sauces are vastly superior over here.

Moony, Sally’s sister, insisted I try the rather self-explanatory: 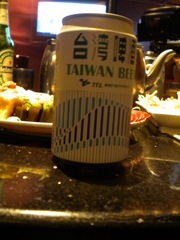 And a gorgey fruit plate: 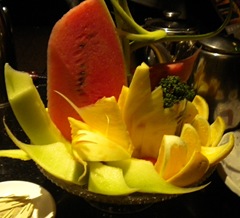 Another fun thing I did with the Asia fam- night markets! They seem to be huge all over Asia, and are exactly what they sound like. Markets. At night. 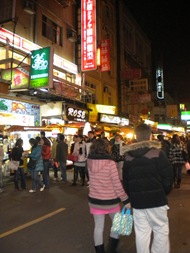 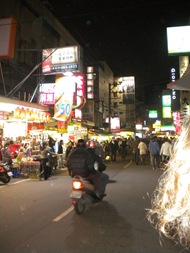 Crowded and crazy and full of random things! 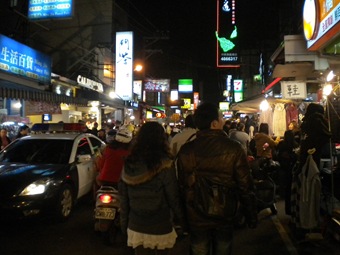 And, of course, OMNIPRESENT FOOD. 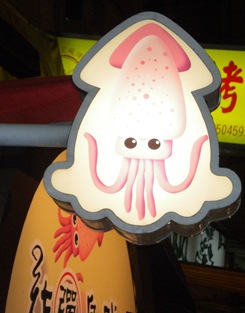 Wouldn’t you want to buy something at this adorable squid stand?

Most of the food was served from outdoor booths, like this one with CRAZY WAFFLES! (They were good!) 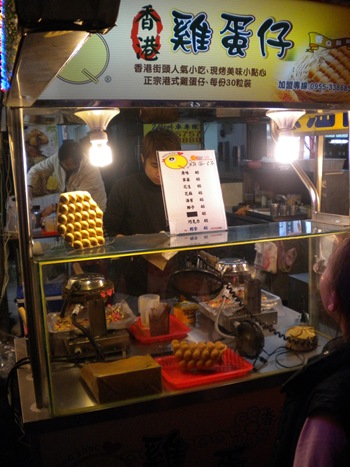 This was after we got hot pot, and I was stuffed, but I was still offered: 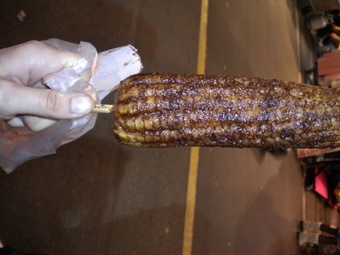 Corn on a stick with barbecuey sauce (yum) 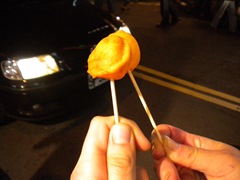 Fried sweet potato and taro puffs on a stick (YUM!) 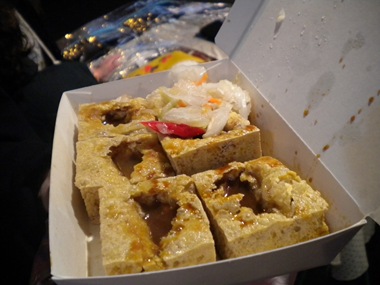 It, um, tastes better than it smells? (That is not saying much. Perhaps it is an acquired taste).

Then we went home and my hipster cousin made me eat “Boston Pie”, apparently a big thing over here. 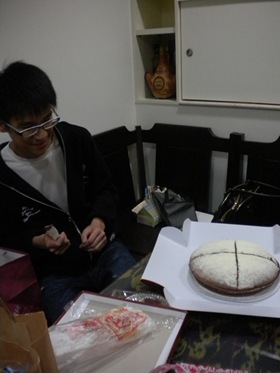 It bears absolutely no resemblence to Boston cream pie (which is good, since I don’t particularly like it). I choked down half a piece (chocolate mousse cake, basically) and called it a night. 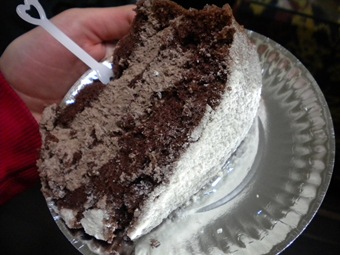 Whooaa, all of that food looks incredible!

Everything looks SO GOOD! How sweet of Sally's fam.
<3 jess
xoxo

That is so awesome that your dad met her that way and they got married and all that good stuff. Lucky you getting to go visit and experience it all with not much the tourist perspective but more of a real life experience with I am sure tourist stuff thrown in. Glad you are enjoying yout trip. Looks like lots of great food.

Looks like you had a blast. What an experience!

Stinky tofu haha that made me laugh! I would love to go to asia some day I love the culture and the food looks amazing!