Please tell me other people love that movie? I am all about young Harrison Ford. And deliciously awful peak of the ‘80s hairdos and fashion.

My job is many things. I’m a member of Americorps but in practicality I am an employee of a nonprofit, and nonprofits are a hot mess because they’re perpetually broke and reliant on donations and human kindness and the like.

Human kindness is abundant, but it means we currently have roughly 100 bananas.

We were a designee in a charity 8K over the weekend. As a bonus, we got to take home leftover food that was available to carbo-loading runners at the starting gun. That food including—see where we’re going now?—ludicrously vast quantities of bananas. And now they’re there. In need of using.

Fortunately (apparently?!) I have 5 loaf pans?! 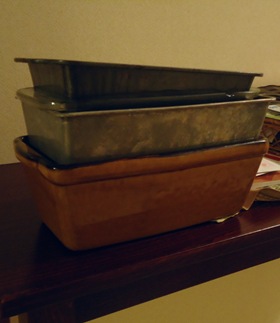 And actually I also have miniature ones at home but I only used large ones or kids would be like “WAH THAT GROUP GOT A BIGGER THING OF BANANA BREAD” because children are obNOXious.

Soooooooooo are we figuring out what we did? Ileana led CHILDREN MAKE THEIR OWN DELICIOUS BANANA BREAD! I cleverly divvied up roles (I preassembled ingredients but kids were “banana mashers”, “dry and wet ingredient combiners”, “bowl scrapers”, etc. etc.) and my awesome children made The. Best. Banana. Bread. (My awesome family recipe which can be found in Favorite Recipes).

It was a good, albeit chaotic, day. We used 18 bananas. Many remain.

My job actually involves a good amount of cooking, because food enthusiast that I am, I offered to be in charge of food and what that entails- processing our weekly food bank delivery, filling out reports, and planning and making a daily snack (and “snack” is more of an early dinner).

The food bank is great, but ingredients can be… challenging. I think of it like Iron Chef, only… different. My personal triumph definitely was dealing with a MASSIVE delivery of green beans- old, seriously speckled green beans. Soooo I had to deal with both the fact that a food item was 1. Unattractive and perhaps even more dangerously 2. A vegetable!

Frozen hamburger patties made for meat (I don’t even want to talk about how much fat they rendered as they browned and I broke them up). The green beans’ spots were cleverly disguised with copious amounts of soy sauce. And, I swear, the kids are hot sauce freaks. Let them put hot sauce on it- lots of it- and they’ll eat anything.

And then it must’ve been on my mind when I made dinner tonight! 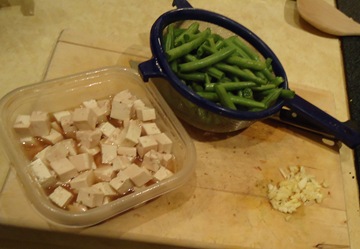 Though my green beans were fresh and local and didn’t need as much disguising. Plus, yknow, I like eating vegetables.

We had some old Chinesey salad dressing sitting in our fridge for months and I brought home my “Waste not want not!” work spirit and it became marinade. In went, instead of mystery meat, 3/4 of a block of tofu, which marinated all day and soaked up the flavors nicely.

I want a wok but I have a crap electric stove and a dearth of kitchen space so I make do with my cast iron skillet, which does conduct heat marvelously (tip: use peanut oil for stir fries! Higher smoking point!). 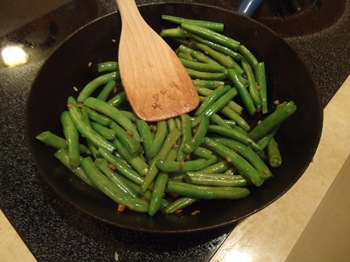 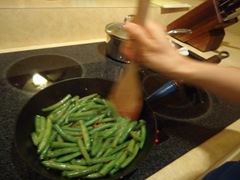 Scootched those over and threw in my ‘fu. 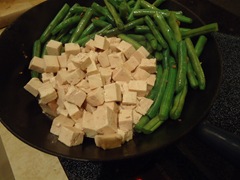 Then that needed some sweetness (the dressing was pretty acidic) so I threw in some hoisin sauce, a really wonderful kitchen shortcut.

And some Sriracha cause just… duh. 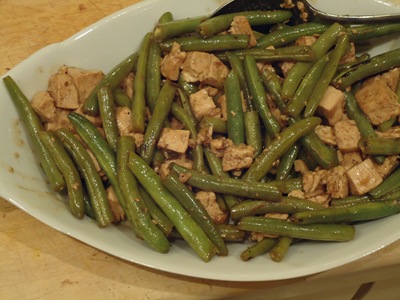 On some brown rice (it is a pain to make brown rice when I get home after 7 every night but I have learned the hard way that I am capable of eating cup upon cup of white rice without gaining any satiety whatsoever. Vair tragic). 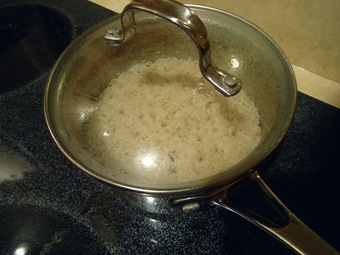 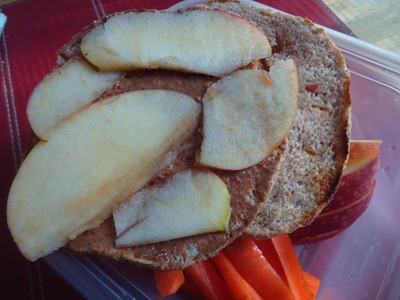 I use a whole wheat Sandwich Thin cause it’s what I got at the Entenmann’s discount bakery and is currently in my freezer. Use whatever but thinner is good.

In it: peanut butter, thinly sliced apple, and cinnamon.

OH MY GOD IT IS SO SIMPLE AND SO FANTASTIC.

I typically round it out with fruit and veg. 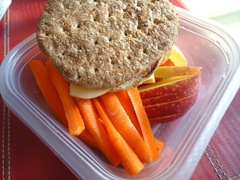 one, I love that horribly acted 80's movie becuase harrison ford is YUMMY and even though melanie griffith is trashy and sporting a horrid staten island accent- shes sexy.
I love what you did with the green beans. and i am the proud owner of a new kitchen aid mixer so... i will be making lots of wonderful goodies!

Aww I love how creative you are with the kiddies! Much better than throwing an uncooked poptart and fruit punch their way.

I like fruit 'n pb sandwiches, but I hate slicing things thinly. It's a weird aversion, like my disproportionate hatred for flossing or walking 30 seconds to the dumpster.