Here is when I decided to get it together with blogging:

Steve and I were on a ROMANTIC SUMMER PICNIC, looking out at the Potomac GLISTENING UNDER THE SUNSET, with BIRDS OF PREY FLYING OVERHEAD. We were eating a SUBLIME DINNER prepared entirely by Steve (delicious salads of greens, cherry tomatoes, sunflower seeds, smoked gouda and balsamic vinaigrette; smoked salmon; peanut butter and banana and honey sandwiches; Greek yogurt with honey; and fresh beautiful cherries), and I DIDN’T HAVE MY CAMERA.

That’s rubbish. That’s what memories are made of.

Get it together, Lele.

(He also very sweetly said that he missed my blog, so Stove, this is for you.)

Anyway, chronology or narrative or actually including proper recipes be damned, here are a few things that have rocked my world this summer: 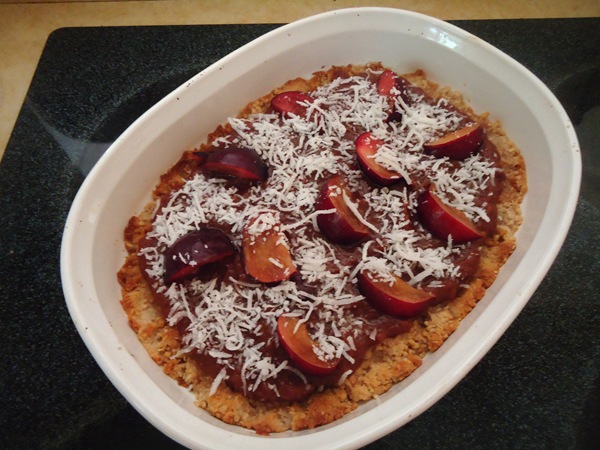 Here’s what happened: we had too many plums going mushy at work (fyi, I work at a food bank). Though I hope in the future we’ll have the kind of commercial kitchens that can do rescue operations (making jam outta mushy plums, making sauce out of beat-up tomatoes, making banana bread outta brown bananas, etc.), for now… that role falls to me. I haaaaaaaaaate wasting food.

So a gazillion plums were lovingly (ish) pitted and peeled by me and my long-suffering boyfriend and went into a crockpot with some sugar, lemon peel and lavender just for funsies.They turned into a wonderful thick puree.

My stepmother’s birthday was last weekend and my dad had planned a cookout, so I threw together

Still had a ton of plum puree.

So I improvised Sweet and nutty tart crust by whirring together: sweetened coconut flakes (that I confess had been in my freezer forever), butter, walnuts, oats, flour, and some of the plum puree. 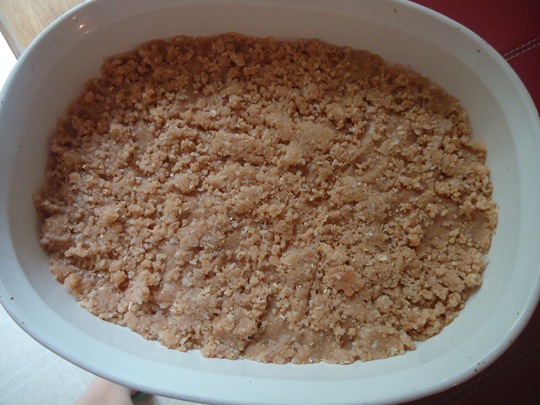 Baked it til it smelled amazing. 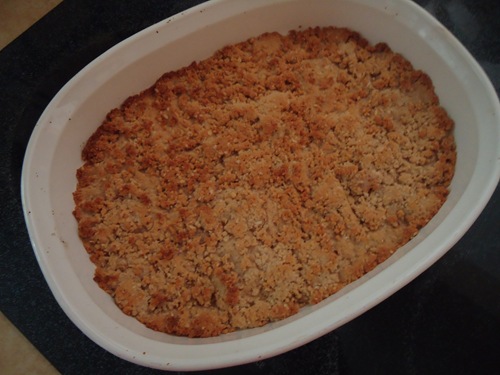 Poured the plum puree on top and topped with one of the least mushy plums, sliced up; and more coconut. 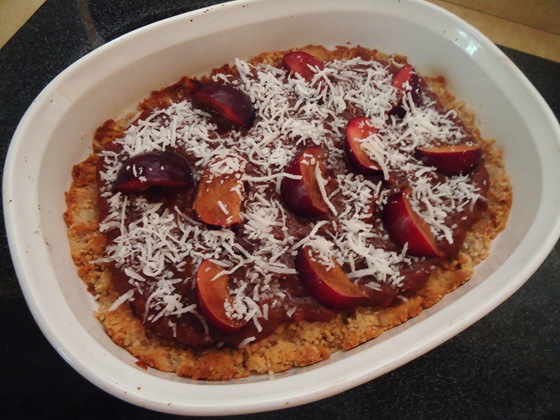 This tart was a big hit at the party—it still had a nice tart zing from the plums, and I think it’s nice in the summer to have desserts that highlight seasonal fruit and aren’t necessarily chocolate/caramel/butter/cream-drenched. They’re a little more refreshing.

Also made my grandmother’s plum cake but must consult with my aunties on this one, because though it tasted as glorious as it did when she made it, it looked a hot mess. It calls for an entire tablespoon of cinnamon sprinkled atop it and mine ended up looking like… a brown powdery mess.

So… still have a TON of plum puree! Dear readers, I ask (ESPECIALLY YOU RACHEL IF YOU’RE READING THIS), how would you use a great deal of plum puree?

Right now it’s in my freezer, while I bide my time.

Here’s another great thing I made this summer- Martha Stewart's grilled whole chicken with lemon and oregano. Agh so easy! So delicious! My vegetarian best friend was joining us for dinner, and I totally think she was considering eating it (I also casually dropped that it was Halal and organic, so she should feel fairly virtuous doing so)

I went out to flip it partway through and I had to take a picture cause it already looked so fab. 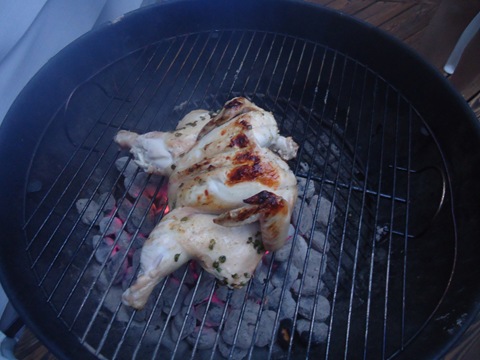 Annnnnd off the grill. 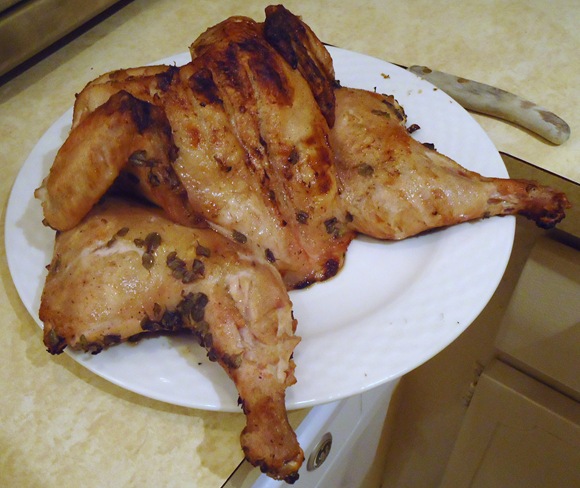 Annnnnnd carved and ready to go into peoples’ bellies. GOSH it was so good. Tastes like the chicken you eat in Greece, those in the know. For those who haven’t experienced it, the combined forces of fire, lemon, olive oil, and oregano (plus that happy, un-factory-sourced chicken) makes one tasty meal. 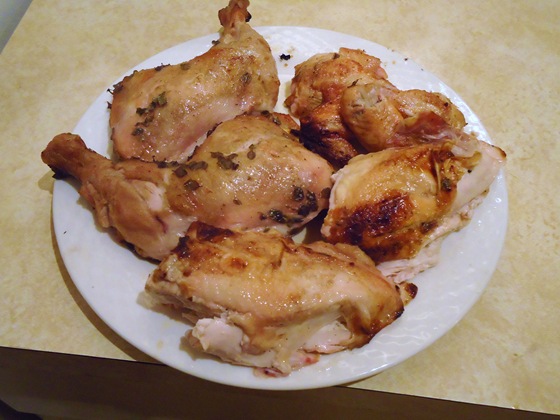 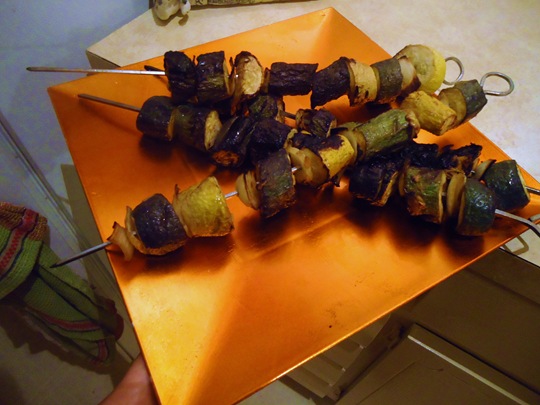 Perhaps you could use your plum puree by rendering a confluxination of puree and grits (or barley). I think the two would go together “like spaghetti and meatball…or lamb and tuna fish.”

Also, what you deemed as a brown powdery mess, was in reality a flavor-packed conglomerate of yum.