And the potluck updating continues!

Confession: I am sick of themes. I will host a THEMELESS potluck this week!

The reason I’m hosting a themeless potluck is because I believe potlucks are uniquely valuable for getting rid of large quantities of ingredients.

Like celery! We made ants on a log for the kiddos at work (AWESOME! HUGE HIT!) and had tons of celery trimmings left over. Typically I blend those up in a soup- I’ve been hugely successful with pears.

However, this time I had apple. So I went celery… apple… shall I throw in some fennel seeds?! 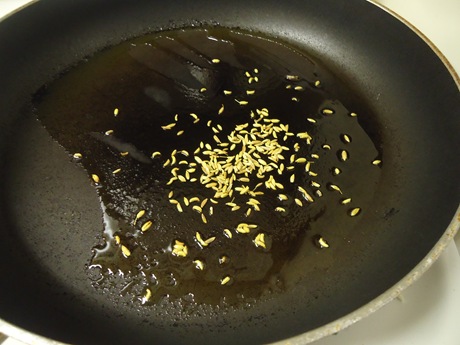 Started those in a sauté pan, in olive oil, thus infusing with flavor.

Diced up my celery bits and some red onion. Sautéed to goldenness. 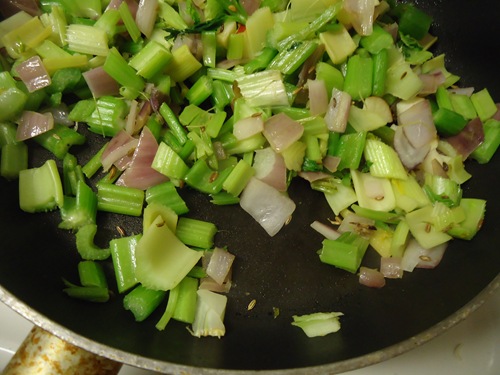 Then in went some apple, gettin’ everything steamin’. Brown that guy up too. 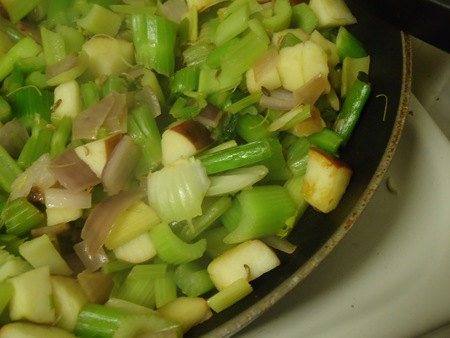 Bring some veggie stock (you know me, mine was homemade :D) to a boil, toss all that stuff in, cook to tenderness, adding the celery leaves at the end to cook those too. 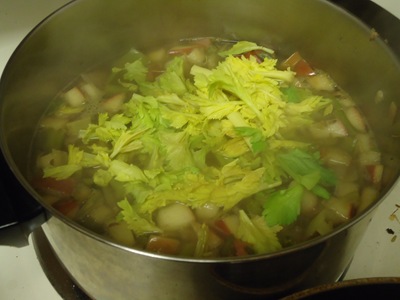 Left that to cool (twas ultimately pureed in a blender).

Meanwhile, I made at least sort of a homage to my Greek heritage with a TOTAL SHORTCUT: rice pilaf. It was, in my defense, from my godmother, the woman present when I was baptized in a Greek church.

(Amusing story: when you’re Orthodox, when you’re baptized you get anointed with oil. When my little sister got baptized, no one thought to get the olive oil in advance, so her godparents had to quickly run out to the store. BUT, all they had in stock was garlic oil. So she was baptized with garlic. I love it!)

Anyway, it was converted rice, also known as Uncle Ben’s, and I swear to God there is nothing Greeks love more than Uncle Ben’s. I don’t know how it got so intertwined with Greek food (perhaps Marshall Plan aid after World War 2 resulted in an influx of it being exported to Greece?) but this stuff is, odd as it sounds, pretty much part of Greek heritage now. 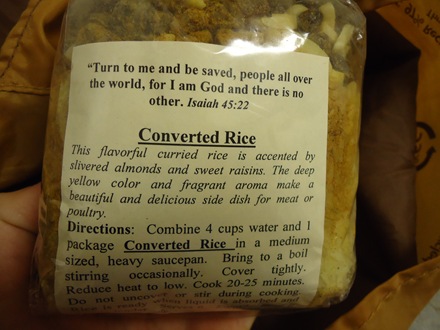 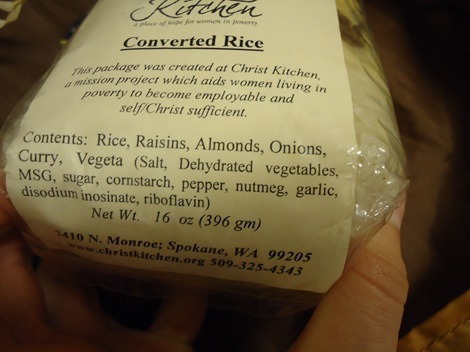 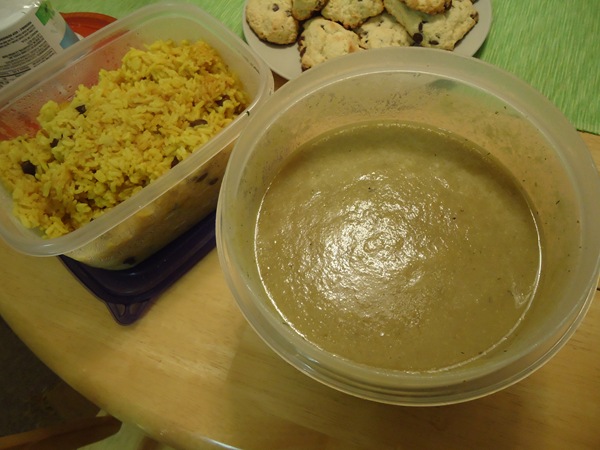 Steve, my cooking companion, also threw theme to the wind and made bean burgers. The raw mixture looked hilariously whacky. 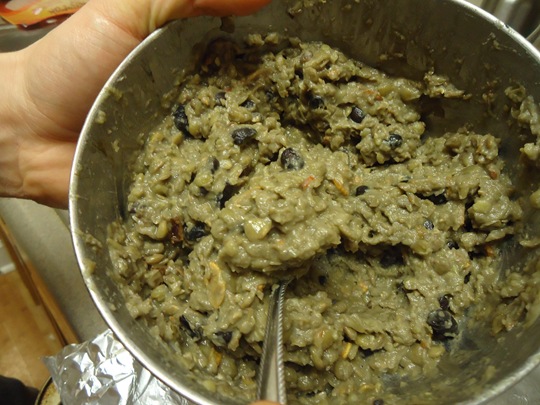 But MAN it was good! He threw all kinds of stuff in there- lentils, black beans, soy sauce, garlic and ginger infused olive oil… I forget what else but that narsty sludge was TASTY!

The finished burgers looked adorably bizarre, but were yummy. 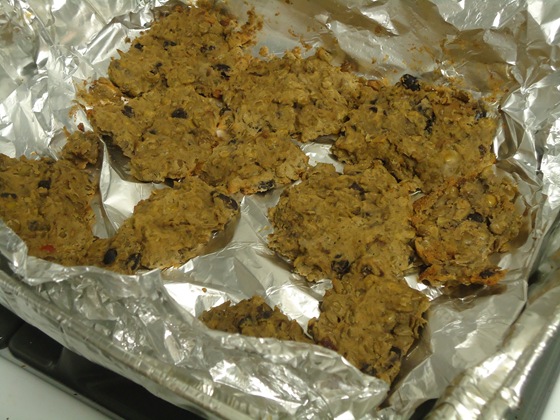 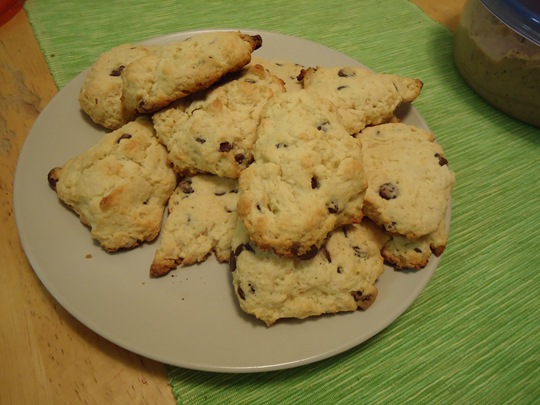 Erin made charoset, a traditional Passover thing. Her recipe was apples, walnuts, and Maneschewitz, which we sampled at dinner, hahahaha.

This stuff was great! 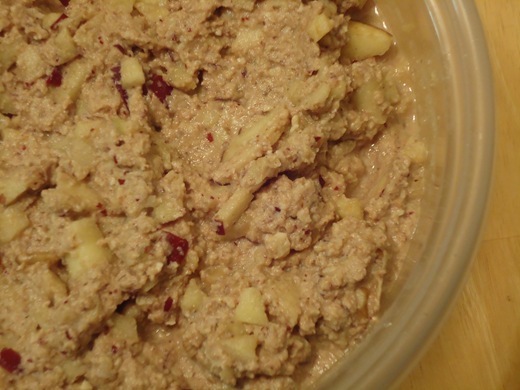 Kyle brought mashed potatoes (he’s Scottish) and then remembered he also had some leftover mashed parsnips, and brought those too, along with an unusual accompaniment… 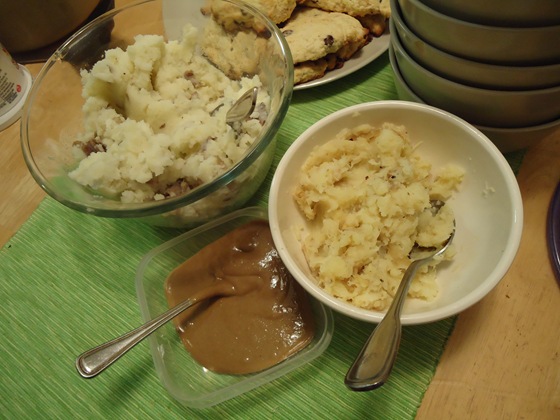 That is in fact: 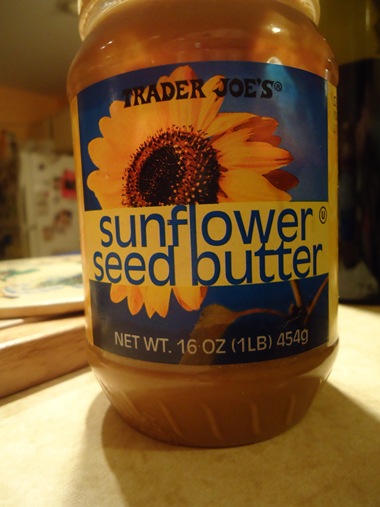 He said it was sposed to go with the parsnips, based on an intriguing sounding recipe he’d made the night before (I so want to hang out at Kyle’s house when he cooks).

So I decided if we were putting it on root veggies, I’d put it on (Irish) Carolyn’s potatoes, too! 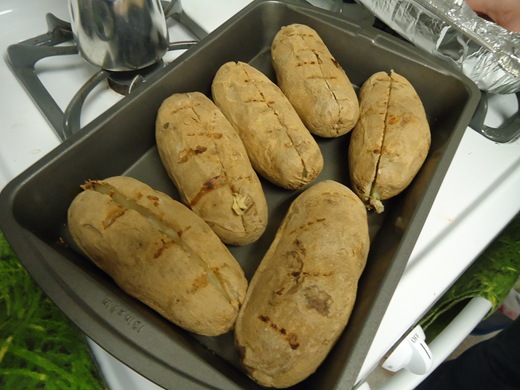 Olivia made a yogurt-cucumber-dill thing (I knew Greeks, Middle Easterns, and Indians make this, but apparently the Polish do too! She called it mizeria, or at least something pronounced like that). 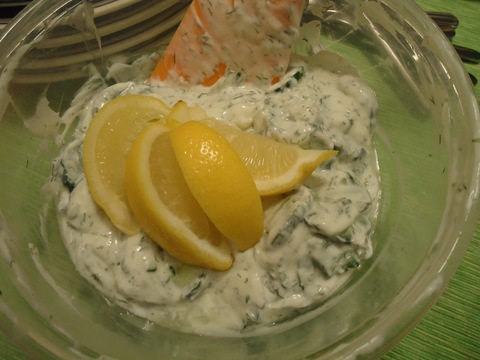 Mitch is Irish (wow this is a depressingly white lineup, isn’t it?) and made kale. Kale chips! I walked into the kitchen and went “KALE!” (typical) and then he was like “Yeah, you kind of coat it in olive oil and bake it and it gets, like, crispy, and—“ and I go “Yeah. Kale chips. Huge in the food blog world.” 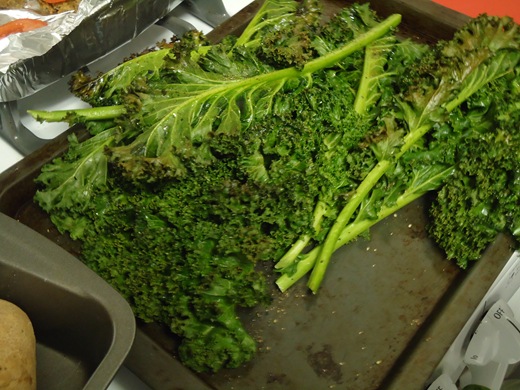 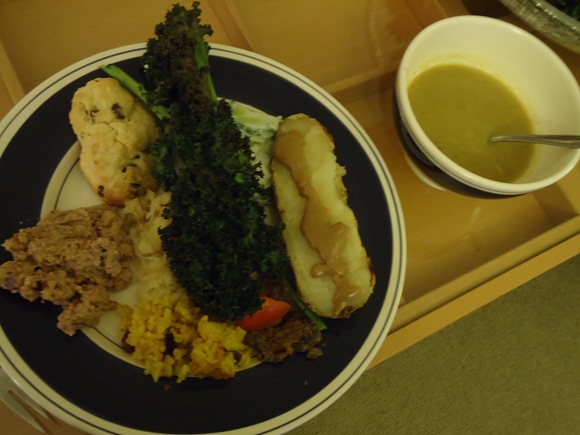