Funny story: I have been basically sick (minus a few days I chronicle in this post) for three weeks. Things I have learned, in the transition from puking stomach bug to strep throat to opportunistic virus that stepped in once good bacteria had been wiped out by antibiotics:

- Fainting is like the sensation when you stand up too fast and everything looks black… except instead of lasting for a second, it lasts like ten seconds until you fall on the floor. It is bloody scary.

- Getting a shot in your bum is SO SO SO PAINFUL!

- Though I in no way have dieted in years (thank God those wasted years of my life are over), being ill enough to not be able to stomach anything but watery gatorade and bread for four days or so does cause one to slim down a bit. But, rather than the areas that we would all LIKE to slim down (I’m looking at you, disproportionate upper arms), the only result was the complete DISAPPEARANCE of my bum. A part of me I generally like. Go figure.

- Amoxicillin leaves an absolutely disgusting taste at the back of your throat. It’s a taste that matches the smell of cat pee. Does the “amo” in amoxicillin mean “ammonia”?

- Strep throat doesn’t hurt as much as I remember it hurting in middle school when I last had it, until you start taking the antibiotics. Then the antibiotics make the strep ANGRY and it takes its revenge on your throat

- I believe all this business began when I was transferred to the baby room. The babies are cute (in particular the one who can’t sit up all the way yet but likes it when I stand him up on my stomach and call him GIANT BABY!) but they also drool (or worse) on me all day and I am starting to view their classroom more as BIOHAZARD CENTRAL than any educational sort of place.

This is a story about the first meal I made when I finally felt like my health was mostly back to normal. A meal to welcome friends back into my home, a meal to return to the joys of cooking, and a meal to try to get back some of that juicy double. 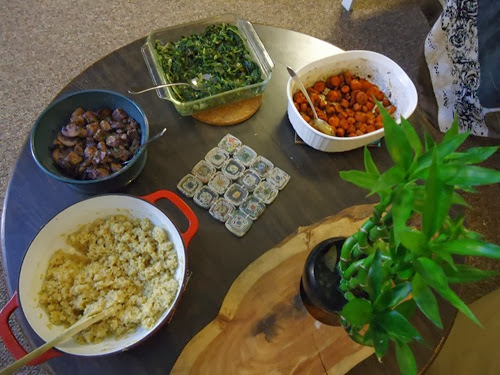 Dim lighting made my apartment way way way more attractive. It also set the mood because Alex and Myra had (crazily, in my opinion) opted to say yes to a dinner invitation from Steve and me despite celebrating their five year anniversary that day. I tried to create an air of romance. 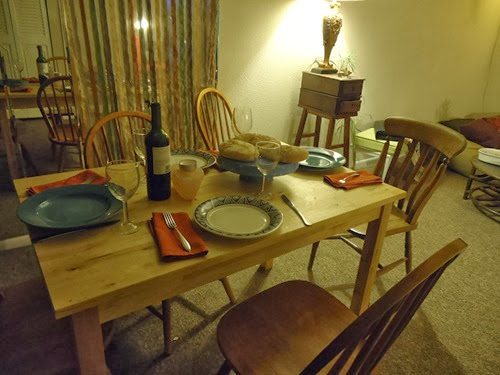 I made some homemade ciabatta, in part because Myra had made homemade French bread for us one time when we had dinner at her place, and I am nothing if not competitive. Made in my usual fashion, with whole wheat flour and vital wheat gluten to make it tender. Making bread is a wonderfully relaxing activity. 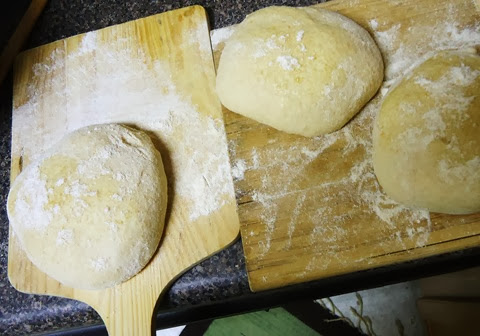 I also made my favorite roasted carrots- just tossed with olive oil, salt, cumin, paprika, and garlic powder. Cooked for a long time. 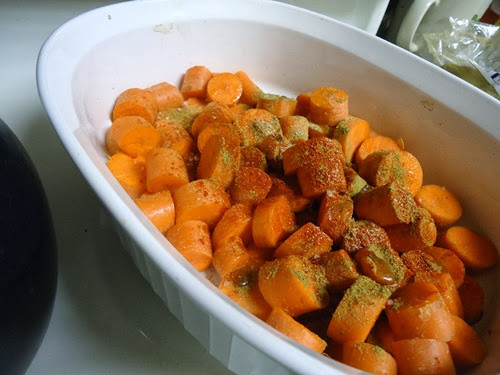 Homemade risotto. I’d roasted a chicken earlier in the week and used its bones to make homemade chicken stock. Then I was all set to make risotto, and promptly realized I was out of rice. So I grabbed a bag of quinoa and made quinoa-sotto. It was actually really good! Much better than plain ol’ quinoa. 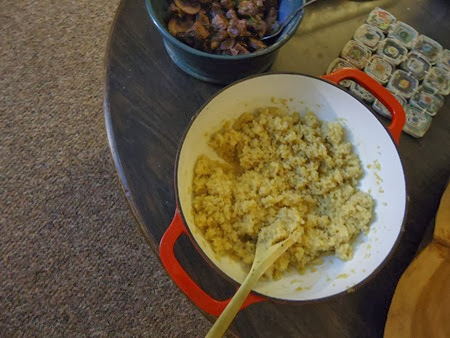 Rounded out the table with greens, which I cooked in a saute pan with some softened onions and then creamed up with some coconut milk. And tempeh and mushrooms, cooked in a vaguely fricassee way. 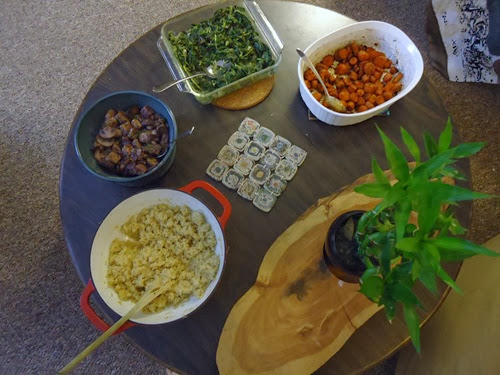 The wine I added to the tempeh dish is pictured at left. I’ve had it before- it’s a favorite! A not heavy Malbec. The wine on the right was brought by Alex and Myra and was also delicious, in a completely different way. 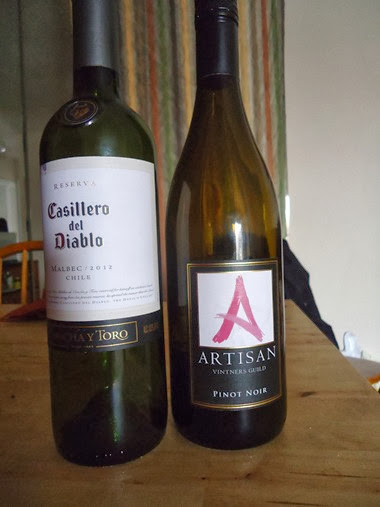 Now, as I spend what is hopefully my last sick day for a good long while at home, occasionally pausing to cough up horrible, horrible looking things, I’m reminiscing about healthier times.

As I requested in my last blog post, my mom sent pictures from the Sunday brunch we enjoyed together when we were visiting here.

Crook’s Corner, in Chapel Hill, is super cute. And their eggs benedict is sublime! 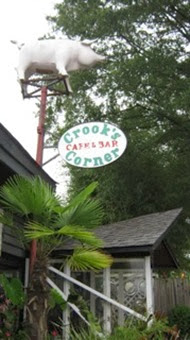 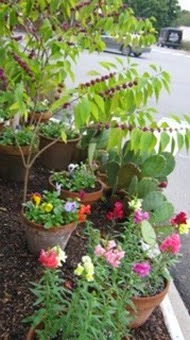 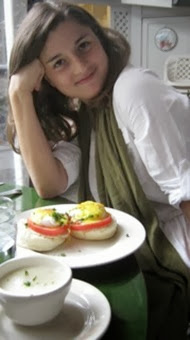 So glad you're feeling better, with many good things to look forward to in 2014.

Admin, if not okay please remove!

Our facebook group “selfless” is spending this month spreading awareness on prostate cancer & research with a custom t-shirt design. Purchase proceeds will go to cancer.org, as listed on the shirt and shirt design.

How to Reduce Vomiting During Pregnancy

These are very important information. worth to visit this site. keep going............. for more details click on this