I woke up this morning and was decidedly DISPLEASED with the condition of my throat.

The first thing I “ate” today: 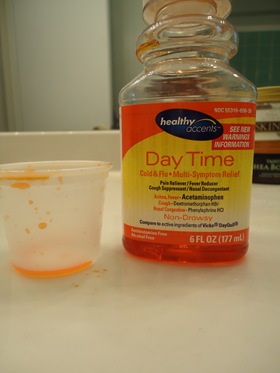 Awake earlier than I cared to be, I read in bed. I really should have just STAYED THERE (more on that later) but I eventually got myself and ate breakfast.

Along with tea (you can see my favorite mug in the background), to avoid the throat-exacerbating dairy in my usual bowl of banana oats but still have some comfortiness, I tried a new product I saw at HMart and could not resist. 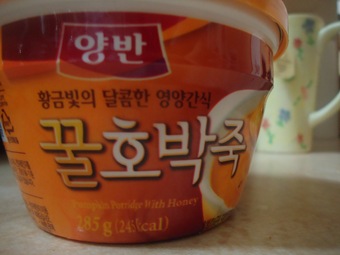 Hard to read, I know: Pumpkin Porridge with Honey.

I tend to take the nutritional facts on these with a grain of salt (since the actual label is in Korean and they have a not particularly official or complete looking English one stuck on) but its contents at least involve pumpkin, honey, powdered glutinous rice, salt, and water. And it maybe has approximately 210 calories, 0g fat, 440 mg (!) of sodium, and 3 grams of protein.

Anyway, it was very orange. 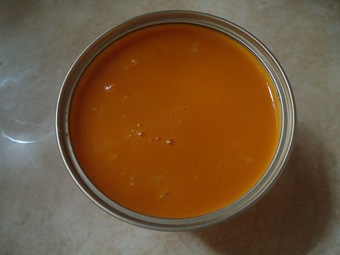 I removed it from the metal container to heat up but did used the enclosed adorable tiny spoon.

I was delighted to discover the unmentioned but welcomed ingredient of sweet red beans! 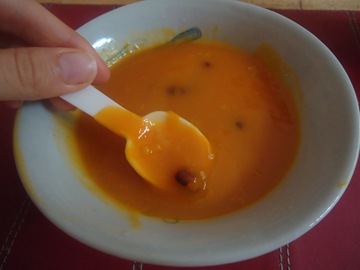 I decided to make one last trip to the farmer’s market. My last day of work is Friday, which means I can now go to the Saturday farmer’s market again and didn’t really need to go today (and really shouldn’t have- more on that in a sec), but I’ve grown somewhat attached to my fruit guys.

So I went for one last round of nectarines and peaches… 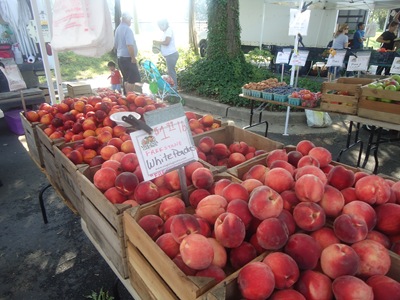 And some decidedly gigantic honeycrisps. 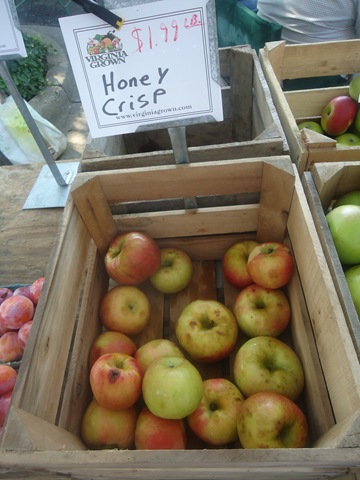 So I was driving home from the farmer’s market. Yes, the irony. Going to get my local produce, and I was being a Western Hemisphere carbon-hog, driving a mere (albeit hilly) 3 miles or so.

Mere blocks from my house, I look in my rearview mirror to see FLASHING BLUE LIGHTS! Apparently I ran/failed to adequately stop for a stop sign.

I also didn’t have my driver’s license!

I was so busy panicking about that that I really didn’t make the case I could have to the cops (my pristine driving record, the fact that I wasn’t speeding, the fact that I was taking an unfamiliar route home). I realized I had left it at the stupid effing gym where I worked out by my mom’s office because I was new and didn’t have a lock for their locker room so they’d kept my bag for me with an ID as security and the woman had been on the phone when I picked up my clothes and as a result HADN’T MENTIONED THAT SHE HAD MY DRIVER’S LICENSE.

So I now have a ticket for ignoring a stop sign and for driving without a license.

The financial aspect, while sucky (well actually really sucky; I’m mentally calculating how many hours of work will pay off this ticket and guess what? I am starting work for Americorps. You do not actually get rich doing that), for me isn’t the worst.

I am the POSTER CHILD for putting traffic cops on the street, because any time I get in trouble for doing everything wrong, I am positively overwhelmed with shame and self loathing. I drive like a 90-year-old the vast majority of a time. I know it’s incredibly important for the safety of other drivers (and non carbon-hog PEDESTRIANS!) to properly obey stop signs.

For quite awhile now, I’ve had in my mind to make the cream-free recipe Cristeta Comerford (the White House chef) came up with for creamed spinach. As an added bonus, we had old spinach in need of using and my vegetable intake has been a bit low lately.

She has you blanch the spinach, and you know that I am usually loath to boil anything- it is a nutrient-wasting cooking method. However, I had a plan.

I brought 1 1/4 cups of water to a boil and blanched the spinach in it just until wilted and tender. 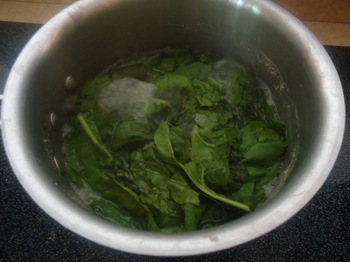 This left me with cooked spinach and green spinach-nutrient-water. 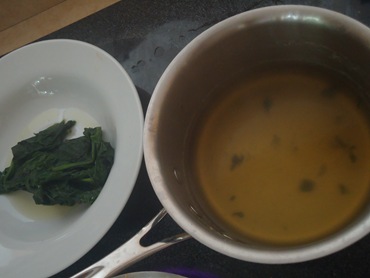 With the spinach, I cooked a thinly sliced shallot in some olive oil 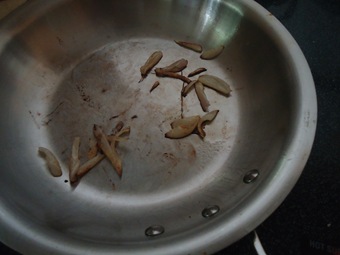 Then immersion blended that with the cooked spinach, along with salt and pepper and just for kicks some nutmeg, to result in ugly but tasty and wholesome creamed spinach (I’m sure making this on a larger scale, per the recipe I linked to, would be much easier, but we just didn’t have that much spinach left). 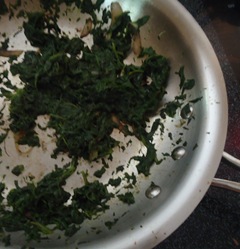 As for the spinach water? I used it to cook up savory oats. It had been way too long. 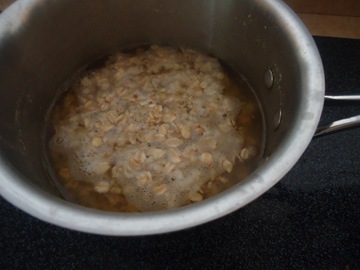 I mixed the spinach with the oats and then even reused that pot (along with my poach pod!) to make yet another poached egg (still so stoked about eating eggs from a chicken I have personally met) 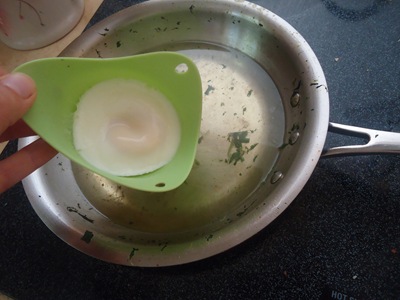 Layered in a bowl, and I had serious comfort food. 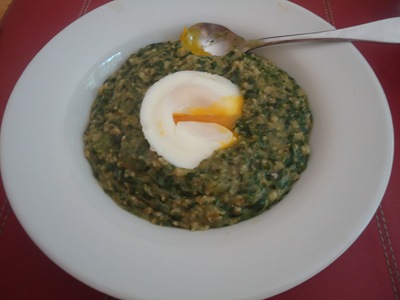 Savory oats really are great. The texture of oats (especially slow-cooked, how I do it) is so comforting. Starchy and chewy and lovely. 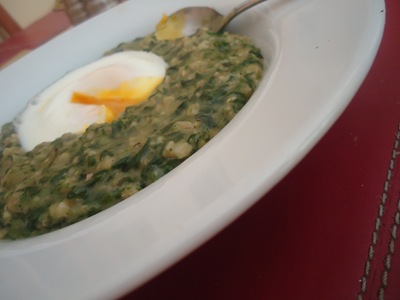 Rounded it out with a yogurt and an iced tea. 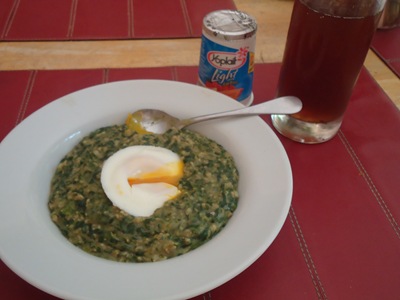 Other people: when you put toppings on oats (whether you’re talking about a cooked egg or a glob of peanut butter) do you sort of shmear them all over the bowl so that you get some in every bite? Cause I do. 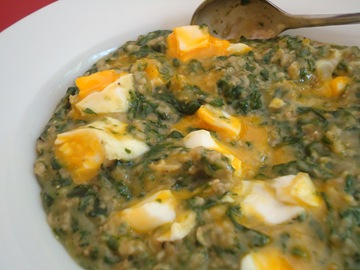 So. Good. Look at the incredible color in those yolks! They are freshity fresh.

I feel sorry for people who only eat egg whites. Eggs are good for you. The yolk is where all the nutrients are. It’s also delicious.

Then I was still feeling sorry for myself, and wanting to eat my feelings.

There was something kind of gross in my refrigerator that perfectly fit the bill. 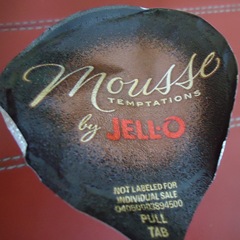 My sister bought them. They were in my fridge.

In these times, some people turn to alcohol or drugs. I turn to creepy unnatural sweet things. Make of that what you will. 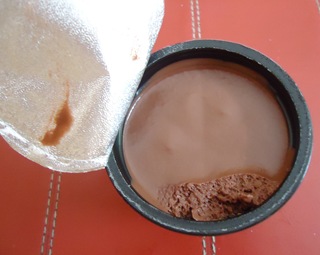 They taste like (and are) Jello pudding with extra air.

Wish I could go hibernate now. Ideally til I’m 70 and can be put in a home and never have to drive again.

oh no, im so sorry. since i started driving i drive extremely slow that it drives my boyfriend insane.

ill admit i run stop signs, only when im pulling out of our parking lot into the side street that connects to the main street...its really bad, but no one is ever behind me or crossing...

aw, you poor thing! i recently had a very similar experience. it was the first time i was ever pulled over by the cops (for talking on the phone) and of course i was freaking. like heart coming out of my chest. if i had been nice and explained, i probably would have been fine but instead i was freaking out so much in my head that i sounded like a snot and got a huge ticket, even though it was my first ticket, first time getting pulled over ever. UGH! i feel for you!!!!

I am so sorry! That's awful. You sound like you're typically a great driver, but you just had a stroke of bad luck! I'm sorry to hear it. -hugs-

Traffic.Court. You never know what you'll come away with - they often waive at least part of the fine and/or points. My husband got a ticket for lack of proof of insurance (which we had, but I had forgotten to put it in the car - oops!) and we just showed the proof and paid the $25 fine. I then, a few months later, witnessed folks "fight" the ticket in court and get off scott free - just a thought? Good luck!

2) Korean pumpkin porridge always comes with red beans. It's meant to be sweet and eaten as a dessert. :-)

3) YOLKS rock! I do NOT get why people discard the yolks for nutritional reasons. WTF! That's where ALL the nutrition is!

Hello!
So... I was looking through old emails I had from blog comments and realized that you had commented on my blog a Very Long time ago- and I never stopped by yours!
Too bad about the tickets...that's the kind of thing that happens to me a lot :(
The Korean soup looks awesome!

Too bad about the tickets! I'm sorry!!